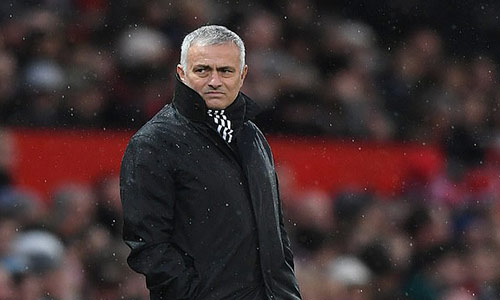 Roma have announced the appointment of Jose Mourinho as their new head coach for the 2021/22 season.

Former Chelsea, Manchester United and Real Madrid manager Mourinho has only been out of work for less than a month after he was sacked by Tottenham.

But he is now set to return to Serie A to manage Roma, who confirmed the departure of Paulo Fonseca earlier on Tuesday.

Mourinho spent two successful seasons in Italy from 2008-2010 when he won the league twice with Inter Milan along with the Champions League and Coppa Italia.

The club are delighted to announce an agreement has been reached with Jose Mourinho for him to become our new head coach ahead of the 2021-22 season.
#ASRoma pic.twitter.com/f5YGGIVFJp

Roma confirmed Fonseca’s exit in a statement, with club chairman Dan Friedkin saying: “On behalf of everyone at AS Roma, we would like to thank Paulo Fonseca for his hard work and leadership over the past two years.

“Paulo guided the team through many challenges, including the Covid pandemic and a change of ownership, and did so with selfless integrity and great character.

“We wish him all the best for his future endeavours and know that he will be a great asset wherever he goes.”