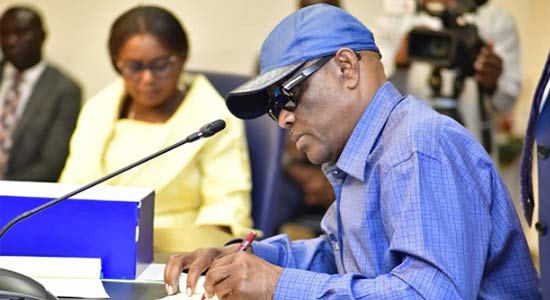 The Rivers State government on Thursday signed a law making the treatment of gunshot victims mandatory in the state.

The State Governor, Nyesom Wike also assented to two other laws: the Rivers State Prohibition of the Curtailment of Women’s Right to Share in Family Property Law No. 2 of 2022, and the Rivers State Pension Reform (Amendment) Law No. 4 of 2022.

The Governor while assenting to the law; Rivers State Compulsory Treatment and Care of Victims of Gunshots Law No. 3 of 2022, stated that most socioeconomic and educational problems linger in the country because Nigerians elect people who cannot solve problems.

Many innocent Nigerians and suspected criminals have died out of treatable gunshot wounds because of provisions from the security agencies preventing the treatment of such persons without clearance from the police.

Such victims usually died from bleeding arising from lack of care and attention by medical personnel because there was no authorisation from the police or in the process of securing such permits.

Speaking on the importance of the law, Governor Wike stated that within the confines of the law, any victim of a gunshot would be required to be properly identified, so that such person can be traced should the person runway after treatment.

He, however, explained that the law is in furtherance of the responsibility of the government to protect life because even the criminal needs to be alive to be tried and made to suffer for his crime.

On the law to prohibit the curtailment of women’s right to share in family property law, he expressed displeasure at how most cultures, particularly in Rivers State, do not encourage what prompted growth among the people.

He wondered why women are deprived of sharing in the inheritance of their families when they are often the most useful members of society in comparison to most male children.

The Governor asserted that the law is important to the development of the state because it will enable its people to actualise their potential, as women will be allowed by law to inherit their entitlements.

He said; “I don’t know why it’s a taboo; because you’re a girl, because this is a woman, you’re not entitled to inherit what belongs to your father.

“It is not you who decides whether you will have a girl or you’ll have a boy, it is God. So, put yourself in their shoes today whereby the mercy of God you have three children and they’re all girls and you struggle in life to see what you can keep for your children.

“Tomorrow, one of their uncles comes, and says, my friend, girls don’t inherit their father’s property. With all your efforts in life, somebody comes to discriminate against them, why? We have even found out that women are more useful to us than even men.

“The day, you’re getting old and dying you’ll know that you need more daughters than men. They will leave their husbands’ houses and come to take care of you.”

Wike urged women not to be afraid of any threat from members of their families concerning inheritance. He asked them to stand up for their rights and challenge any discrimination against them in court, using the law in order to access their entitlements.

Speaking on the pension reform law, the Governor said, when pensioners protest, it is because they do not quite understand the good intentions of the government.

He explained that because of the paucity of funds, the government must prioritise its spending in order to have funds for the provision of services, and projects and also pay workers’ wages.

He added: “Government cannot carry everything at the same time. Whether you like it or not, a huge chunk of our resources goes into the civil service.”

Speaking further, Governor Wike said the Academic Staff Union of Universities (ASUU) is right in what it is demanding from the Federal Government.

However, Governor Wike said any government that releases this kind of money that ASUU requires, given the current economic reality, will crumble.

He counselled that both parties should rather seat at the table and make concessions within no winner, no loser in the interest of the students.

“The problem didn’t start today. It has been there. Again, it is that we elect people who cannot solve problems.”

Governor Wike also acknowledged receipt of a report from the State House of Assembly on the revocation of ownership of the land currently occupied by AIT in Ozuoba, Rivers State, because they do not have requisite titled documents.

The governor said the days of Rivers being seen as a father Christmas is gone because nobody can illegally acquire what belongs to the state.

He directed the state Attorney General to take appropriate action on the report.

Speaker of Rivers State House of Assembly, Rt. Hon. Ikuinyi-Owaji Ibani said the healthy working relationship between the executive and the legislature exemplifies what is expected of a true democracy.

Leader of the house, Hon. Martin Amaewhule informed that while Hon. Michael Chinda, representing Obio-Akpor constituency II initiated the bill on prohibition of curtailment of rights of women, the bill on treatment for gunshot victims was introduced by Hon. Samuel Ogeh, representing Emohua state constituency.