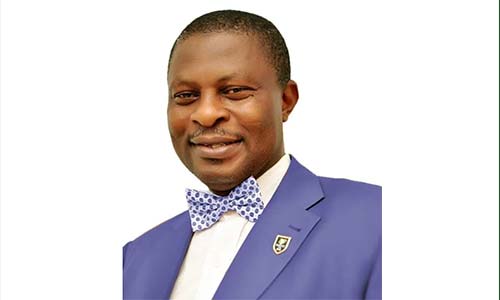 Chief Debo Adeyemo, Esq., is one of the aspirants vying for the office of the 2nd Vice President of the Nigerian Bar Association in the forthcoming National Elections.

His profile which was made available to TheNigeriaLawyer revealed his experiences in the practice of Law, his activeness in the NBA Politics, his recorded milestones and the awards and honours earned to his credit.

Education
Chief Debo Adeyemo attended the Ahmadu Bello University, Zaria and graduated in 1998. He attended the Nigerian Law School, Bwari-Abuja 1999-2000 and was called to Bar in October 2000.

Tutelage
His Law Office attachment was with PAO Olorunnishola SAN where he started learning the rope. He was with AO Mohammed SAN between 2000-2001 before moving to Deji Gbadeyan Mni in 2001 where he met the footprints of Chief Hakeem Afolabi SAN. He became the Deputy Head of Chambers before setting up his law practice in Offa. On 3rd August 2003, the Law Firm of Debo Adeyemo & Co was established.

NBA Politics
The movement to Offa from Ilorin coincided with the inauguration of the NBA Offa Branch which was made possible by the efforts of Chief R A Lawal Rabana SAN and others. It was when he was in Ilorin that his involvement in Bar activities started. His principal, A O Mohammed SAN was actively involved in the Bar politics and was always attending NEC Meetings. He would come with bags and other things which aroused the curiosity in the young lawyer. He asked questions, got responses and became interested in the politics of the NBA. The aspiration and election of Sir J S Bamigboye SAN really got him involved as he became a prominent leader of the Young Lawyers in Ilorin then. When he moved to Offa eventually, the former was the one who showcased my potentials for a greater Offa Bar to B F Lawal Esq. his friend/brother of many years, the pioneer Chairman and the doyen of Offa Bar. It was the duo of the Doyen and Chief Adeyemo that gave the Bar the push it needed to stand as Chief Segun Olawoyin who was so prominent and committed has left for politics. He is now back as the Branch Chairman.

Milestones
At the local level, he was instrumental to increase of the Chief Magistrate/District Court from one Judge to three Judges, the sitting of the Upper Area Court Offa at Omuaran was moved to Offa. At the national level, he was a member of the NBA Constitution Drafting Committee under the Chairmanship of Funke Adekoya SAN 2006-2008, member NBA State Disciplinary Committee under the Chairmanship of Rev. J O Baiyeshea SAN 2009- 2015, member of the NBA Database Committee under Austin Alegeh SAN, 2012 – 2014.

Honours & Awards
In 2015, he was bestowed with the Baamofin of Agbamu Kingdom and in November 2015, was honoured as the Otunba Atayese of Orun-Ekiti in Ekiti State.
He is married with children.