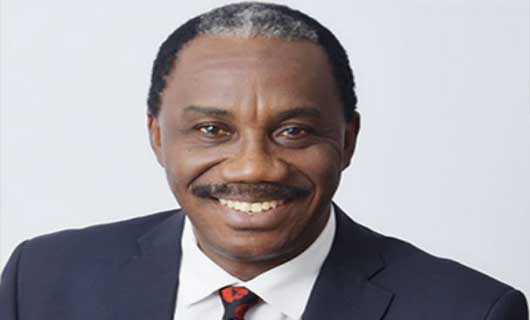 “Our only hope lies in reforming, reappraising and reorganizing the judicial system not only from the point of appointment of personnel but also to the structural imbalance that affects its independence” — Prof. Ojukwu

Sitting in class waiting for the lecturer and in walks a man, pulling his briefcase, smartly dressed in a suit, with a bow tie and a measured smile. He is the new lecturer.

He introduced himself as Prof. Ernest Ojukwu, Law of Contract lecturer. He summarized what to expect of the course; the mode of teaching, view on examination; what he expected of us as students being hard work, and that all shall be well otherwise, as Prof. Ojukwu told us, ‘you will see me in your nightmares’.

What he did not say, however, was that we would see him in our “daymares” too. His demand for understanding was high; you could not waltz your way with him; he was too deep, most grounded, and too discerning to be swayed by a mere puff. You had to know what you were talking about, and you had to know through study. And in that way, he changed the game to our study of law.

Soon we realized we did not like the feeling of avoidable ignorance we were sure he would point out and which we would have cured if we were more diligent. We took a decision, four of us- we later progressed to about seven – to study so hard, to know it so well that any grey area was understandably pardonable.Our decision meant more time to read Prof. Sagay’s Law of contract, read all materials he gave, google beyond the pages of textbooks, argue possibilities of engagement with the law, and to have answers and questions ready for him. It was not easy. When we gathered for our involuntary study group on Saturdays -Sundays inclusive- we would nag about Prof’s expectations, then get down to read, argue, and complain intermittently, especially when the law gets too knotty for our brains to assimilate at that moment. In due time, we would inevitably express the pleasure that comes from understanding new knowledge.

Those sessions of knowledge discoveries acquainted us with jurists and their reasoning; some we criticized, applauded, and others we were in awe of like the legendary Master of the Rolls- Lord Denning at which point law took a different meaning for me.

We feared and loved him. We hated him for the workload his expectations required; and we loved him more fiercely for the knowledge he impacted in us, in no time, we were studying the Law of Contracts and other courses except for Constitutional Law taught by the formidable Prof. Epiphany Azinge. Prof.Ojukwu was strict yet kind, firm but would enjoy a laugh or two with us, he cared for us but was impartial in his demand for distinction. He seemed to believe through his conduct the words of Justice Oliver Wendell Holmes ” A mind that is stretched by a new experience can never go back to its old dimensions” he, without doubt stretched our minds by knowledge, the knowledge he gave and demanded in return. He is a principled man.

Prof. Ojukwu is an assured man; you could take him on in class without fear. I remember several times I would say “sir, I’d like to challenge your position on this” and he would say without fail “sure!” and I will go for it, he will unambiguously concede where I was right and reaffirm where he was right without condescension. Prof. Ojukwu is both knowledgeable and gracious.

He encouraged performance appraisal of lecturers anonymously from students; he opined, feedback had to be both ways, and the faculty would share appraisal forms to the class. No slacks were allowed. He also patterned the length of his lecture with scientific research, using only the hours of optimal assimilation and nothing more. He brought about the pre-class mode of study which is front-loading students with pending topics to enable them to prepare and attempt prepared questions before each class. Any gap in knowledge often resulted from skipping questions in the pre-class; this you may get away with but not in Prof. Ojukwu’s class. He is uncompromising and thorough.

By the time contract class ended, our study pattern was formed, other courses became beneficiaries of his instilled discipline. I would yet encounter Prof. Ojukwu in the Law of Evidence course (with a repeat pattern of Law of Contract demands), Public Interest and Social Justice Law, and during our Clinical and Moot Court Practice. Every other lecturer knew that our class–especially the study group members- was no pushover. Lecturers took extra time to prepare before coming to lecture us; we were studious, knowledgeable, vocal, and unafraid- frankly, one could not go through Prof’s grill without being these and more. He is top of the range.

I am thankful to have been his student, actually; proud.

As Professor Ernest Maduabuchi Ojukwu (SAN)turns 60 years old today, our legal education has been the best beneficiary of his gifts, sacrifices, generosity of knowledge, and contributions. Reputed as the teacher’s teacher, the possibility of your law teacher being a former student of his is very high. Ojukwu graduated as a lawyer in 1983 from Obafemi Awolowo University Ile-Ife at twenty-three, was called to the Nigerian Bar in 1984 and subsequently earned his Master of Laws Degree in 1987.

A pioneer per extraordinaire, he was the Pioneer/Project Director NBA Institute of Continuing Legal Education, 2006-2010, and 2012-2014. He drafted the Nigerian Bar Association Mandatory Continuing Legal Education Rules and Guidelines – that drives the mandatory continuing legal education program for the legal profession – and set up the NBA Institute of Continuing Legal education in 2007. He produced the draft- Rules of Professional Conduct for Legal Practitioners in force today and designed a clinical legal education curriculum for law faculties and led the design and implementation of a new curriculum for Nigerian Law School. Beside the Legal Practitioners Act, Ojukwu also drafted bills on Legal Education and Legal Services Commission. Which is before the National Assembly.

Ojukwu is also the pioneer and advocate- introducing Clinical Legal Education in Nigeria (and West Africa), now established in over 40 Law Clinics in Nigerian Universities and the Nigerian Law School – committed to training public interest lawyers for the advancement of social justice for pre-trial detainees and the underserved population unable to afford legal services. As President, Network of University Legal Aid Institutions (NULAI) Nigeria – the platform through which he has continued to achieve his dreams of promoting clinical legal, justice education and reform of legal education in Nigeria; he has conducted and organized client interviewing and counselling skills competitions for law students for over 12 years in Nigerian universities.

Prof. Ojukwu has led an exemplary life of immeasurable value, and history, beyond the law, will be most gracious to him. He has given so much, generations after us will be thankful for his diligence to his work. If he decides to stop his contributions, history will still be overwhelmingly gracious, having lived more life in 60 years than a thousand men.

People with his commitment, talent, and grit are in short supply; he is over and above the legal profession, a treasure.

On this occasion of his 60th birthday, to say “thank you” seem most inadequate for his contribution to my life, even though I have left the formal setting of his classroom; Prof. still follows my progress, supports my strides, motivates me, and commends me when I do well. He is among the foremost people I reach out to for guidance and clarity, and he obliges me all the time and never fails to let me know his expectations for my growth. I am thankful for the privilege of this access and mindful of the rarity of it.

May life rewards his work with the country he longs for, may more successes be his; may the legal profession rise to the standard of his noble expectations, and may we all walk in these footsteps he has so engraved beyond the power of any erasure.