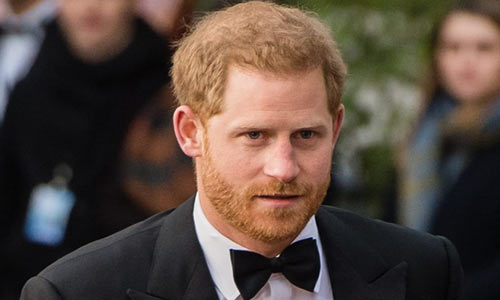 Prince Harry has revealed he and Meghan felt they had no other option but to leave the Royal Family behind during a speech for his Sentebale charity.

The Duke of Sussex was speaking to supporters of the organisation at a dinner in London on Sunday, a day after Buckingham Palace issued a statement confirming the terms of the Sussexes’ decision to step back as senior royals.

Harry told those gathered: “Good evening, and thank you for being here for Sentebale, a charity me and Prince Seeiso created back in 2006 to honour my mother’s legacy in supporting those effected by HIV and AIDS.

“Before I begin, I must say that I can only imagine what you may have heard or perhaps read over the last few weeks.

“So, I want you to hear the truth from me, as much as I can share – not as a prince, or a duke, but as Harry, the same person that many of you have watched grow up over the last 35 years – but with a clearer perspective.

“The UK is my home and a place that I love. That will never change.

“I have grown up feeling support from so many of you, and I watched as you welcomed Meghan with open arms as you saw me find the love and happiness that I had hoped for all my life. Finally, the second son of Diana got hitched, hurray!

“I also know you’ve come to know me well enough over all these years to trust that the woman I chose as my wife upholds the same values as I do. And she does, and she’s the same woman I fell in love with.

“We both do everything we can to fly the flag and carry out our roles for this country with pride. Once Meghan and I were married, we were excited, we were hopeful, and we were here to serve.”

He continued: “For those reasons, it brings me great sadness that it has come to this.

“The decision that I have made for my wife and I to step back, is not one I made lightly.

“It was so many months of talks after so many years of challenges.

“And I know I haven’t always gotten it right, but as far as this goes, there really was no other option.

“Our hope was to continue serving the Queen, the commonwealth, and my military associations, but without public funding. Unfortunately, that wasn’t possible.”

I Didn’t Strip Anybody, They Were In S*x Escapade ― Former...