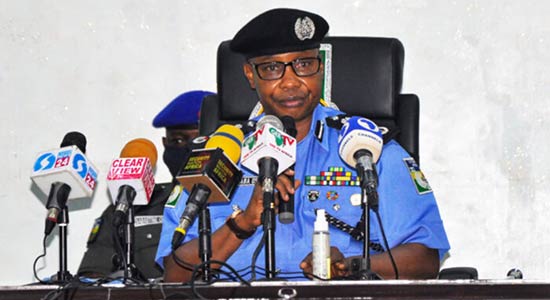 The Nigeria Police Force plans to spend a total of N10,636,337,691 on the fuelling and maintenance of operational aircraft, boats and vehicles in 2023.

The Inspector General of Police, Usman Baba, made these known in his written presentation to the Senate and House of Representatives Committees on Police Affairs on November 8, 2022, behind closed doors while defending the proposed budget of the NPF in the 2023 Appropriation Bill.

Our correspondent on Saturday sighted more of the IGP’s presentation to the lawmakers.

last week that the Federal Government slashed the budget of the police by almost N93bn, a situation which the security outfit warned might frustrate its efforts towards effectively tackling the growing insecurity in the country.

The IGP had blamed the reduction largely on the envelope budgeting system of the government and urged the National Assembly to exclude the NPF from it.

“This represents a total percentage release of 58 per cent so far in 2022, viewed against the appropriated funds for the year,” he noted.

He partly said, “A comparative evaluation of the Nigeria Police budget performance over the past three budgetary years shows an admixture of marked improvement in some components and concerning challenges in other areas. In this regard, a marked and steady improvement was recorded in the overhead cost appropriation and the amount released to the Nigeria Police Force from 2020 to 2022. Unfortunately, apart from this year 2022, an analysis of the performance of the capital budget within the same period shows a dwindling fortune both in terms of appropriation and releases.

“The general implication of the Nigeria Police budgetary performance from the analysis above is that the appropriation to the Force and the funds eventually released both in the current budgetary year and over the past three years have been insufficient to meet the minimum institutional requirements of the Force, having consideration to the huge and critical mandates, the capital-intensiveness of law enforcement and security operations, and the current special internal security operations being undertaken by the Nigeria Police across the country.”

The IGP also noted that the absence of a Special Operations Account from where the NPF could draw funds to meet emergency internal security operations requirements is “a major challenge that we have been contending with over the years.”

He said, “I am delighted to note that the Federal Government, through the Federal Ministry of Finance, appreciated the impact of the gap on the operational efficiency and internal security stability of the country and, hence, has approved the establishment of the account. It is my prayer that both committees on Police Affairs will jointly give legislative backing to the proper funding of the Special Operations Account in overriding internal security interest.”