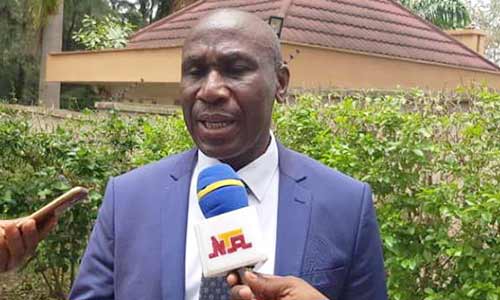 As  Benue State Government marks the third year anniversary of the State Open Grazing Prohibition and Ranches Establishment Law 2017, the States’ Attorney-General and Commissioner for Justice, Mr. Mike Gusa examines the effects and implications of the law. He concludes that the legislation had practically achieved the intention of the law maker in the State.

First November, 2020 marked the third anniversary of the Benue State Open Grazing Prohibition and Ranches Establishment Law 2017. Although the  law, popularly referred to as the anti-open grazing law, was assented to on 22 May that year, it came into effect on the first day of November after a period of six months grace to allow for the establishment of ranches.

It might be necessary to look at the background for the necessity of  enacting the law which Benue State House of Assembly passed unanimously after due process  including  a very extensive public hearing and inputs for the Benue populace.

Between February 2013 and May 13, 2017, records compiled by the media in Nigeria indicate that Benue State experienced 46 attacks by suspected Fulani herdsmen resulting in the death of over 1541 people and massive destruction of property including schools, hospitals, residential houses, churches, farmlands in 15 local government areas out of the 23 local government areas of the state. The value of the property lost has been put at a conservative estimate of over N400 billion.

In Logo Local Government, the paramount ruler, Chief Jimmy Memme, revealed that between July 1 and 16, the herdsmen killed  over 85 persons, including women and children, from six out of the 10 wards in the area.

The reasons  given for the attacks included reprisals for cattle rustled and killing of herdsmen during conflicts arising from the grazing of cattle in the areas involved.

People in several of the affected communities  were living in perpetual fear, many vacated their ancestral homes for fear of being  killed by the suspected herdsmen.

To put an end to these incessant attacks,  killings and massive destruction of properties including farmlands,  the Benue State Executive Council sponsored a bill to State Assembly to enact a law Prohibiting open grazing and establishment of ranches for the rearing of livestock in the State. The bill included the establishment of the Benue State Livestock Guards to assist the security agencies to enforce the law.

Governor Samuel Ortom of the State had stated that ranching is the global best practice of animal husbandry which guarantees peace between herders and farmers.

The people of Benue State finally got what they yearned for as an absolute necessity. They came out in their numbers to make contributions at  public hearings which were held in the headquarters of each of the three senatorial districts in the State as well as Makurdi, the state capital.

On May 22, 2017, Governor Ortom assented to the law, but directed that the implementations should be suspended  for six months to give owners of livestock time to adjust to the new law.

One week after the signing of the Open Grazing Prohibition and Ranches Establishment Bill, 2017 into Law, on Tuesday, May 30  2017, the Fulani Socio-cultural group, Miyetti Allah Kautal Hore under the leadership of Alhaji Abdulahi Bodejo, President, and Engineer Alhassan Sale, Secretary, addressed a press conference in Abuja and vowed to resist the Law. They vowed to mobilize their members nationwide and beyond to resist its implementation.

The press conference was widely published in the national media, appearing on page nine of Leadership newspaper, and page 41 of the Nation newspaper of Wednesday, May 31, 2017 and page 18 of Blueprint newspaper of Thursday, June 1, 2017  and several others.

The group also made spurious claims to being the original inhabitants of the Benue valley concluding that the planned attacks were a struggle over the resources of the valley. Several other Fulani groups including the Fulani Nationality Movement issued similar threats.

Reactions to the threats

In response to the threats from Miyetti Allah and other Fulani groups, Governor Ortom, the State Executive Council, Benue State House of Assembly, ethnic and religious groups, civil society groups and several others condemned the threats from the herdsmen and called on security agencies to arrest the leadership of Miyetti Allah Kautal Hore.

They also called the attention of the Presidency to the fact that the threats by the herdsmen amounted to a declaration of war on Benue State.

Implementation of the threats

The herdsmen made good their threats on New Year day  January 1, 2018  by attacking innocent and defenseless citizens of Benue  State in Guma and Logo Local Government areas, leading to the death of over 73 people and destruction of property worth several billions of Naira.

After these killings, leader of Miyetti Allah Cattle Breeders Association, MACBAN, in Benue State, Garus Gololo, while speaking on BBC News pidgin English said the killing of innocent and defenseless Benue citizens on New Year day was at Gaambe-Tiev, Ayilamo, Turan in Logo, and Tse-Ako, Tomatar near Tse-Abi in Guma was an act of self defense.

Gololo’s interview on BBC was published by the Nation, the Vanguard and several other newspapers on January 6,  2018.

On  January 13, 2018, the Fulani Nationality Movement, FUNAM, after its meeting in Kano, issued a statement signed by the National President, Badu Salisu Ahmadu.

The group stated that “the killings in Benue of Tiv is well deserved,” they maintained  that it was revenge on the Tiv for an onslaught in Nassarawa State.

The group stressed that they “noticed the recalcitrant culture of the Tiv people as demonstrated even during the 1804 Jihad when they obstructed our ordained conquest of Nigeria.”

FUNAM stated that it declared a Jihad, and called on all Fulanis around the world to raise money for arms to support the upcoming Jihad, as Nigeria, according to the group, is the only land given to them by God.

“We have asked all Fulani across West Africa to raise money and arms to prosecute the oncoming war. We call on all Fulanis to prepare for this Holy War. There is no going back, all over the world, Nigeria is the only country given to Fulani by God,” the group stated.

After the group made the threat more than 200 more people lost their lives in further attacks in Guma, Logo, Agatu, Okpokwu, Gwer West, Gwer, and Makurdi Local Government Areas of Benue State.

For instance, on March 6, 2018,  herders stormed Omusu community in Okpokwu Local Government Area around 3:30pm and opened fire on the residents. Most of the victims were women, children and the aged. A member of the Community, Mr Paul Abba who survived the attack said the herdsmen who attacked were over 50.

“The herdsmen were over 50, they came and started shooting and killing people. They did not even spare women and children. I ran into my house and hid myself when I saw them coming. They went about killing, it was only God that saved me.” At least 22 people lost their lives in the attack and were subsequently buried in one day.

More opposition to the law

Apart from Fulani herdsmen and Fulani socio-cultural groups, former Inspector General of Police, Ibrahim Idris Kpotum and the former Defense Minister, didn’t see the law as a solution to the farmers and herders clashes. The former IGP referred to the killings in Benue as a communal clash and defied president Muhammadu Buhari’s directive that he should relocate to Benue State to restore law and order, prevent further loss of lives and forestall the crisis from escalating. The then IGP spent only one night in Benue State and reportedly relocated to Nasarawa State.

The former defense minister, Mansur Dan-Ali said the blockage of cattle routes was the remote cause of the herdsmen killings in Benue and Taraba States while addressing newsmen at the State House in Abuja after a Security meeting on January 26, 2018.

The federal government through the Federal Ministry of Agriculture tried to introduced cattle colonies, RUGA settlements as solution, but Governor Ortom and other stakeholders maintained that Benue does not have land for cattle colonies or RUGA settlements. They see ranching as the global best practice in rearing livestock and have challenged anyone with superior arguments to bring it to the table.

Success of the law

Despite  serious opposition to the law,  the resultant loss of  enormous lives and property, the Benue State Open Grazing Prohibition and Ranches Establishment Law, 2017 has recorded milestones. The rapidity and number of attacks on communities by suspected herdsmen have reduced in the last two years as compared to 2016-2017.

Moreover, the efficacy of the law has been tested in the courts of law with amazing results.

From November 1, 2017 to October 27,2020 more than 400 herdsmen have been arrested for violating the Open Grazing Prohibition and Ranches Establishment Law, 2017. Out of this number, 261 persons have been convicted, 21 persons have been discharged, 36 cases are still pending, while investigation is ongoing in other cases. Most of the convicts were able to pay fines and were released while many who could not were sent to jail ranging from six months to two years.

Within this period, 7,629 cows and 210 sheep as well as other livestock have been impounded.

The law has also witnessed  the arrest, arraignment an conviction of five cattle rustlers. The convicted rustlers were mostly of Fulani extraction who confessed to the crime in open court.

Besides, the law has ensured the arrest and arraignment of people irrespective of their ethnic groups or religious affiliation.

In May 2020, a housewife, Mrs Roseline Aondona, resident in North Bank area of Makurdi was arraigned before a Makurdi Chief Magistrate Court for violating the Open Grazing Prohibition and Ranches Establishment Law, 2017.

According to the police prosecutor, Mr James Uhana, reported to the police that the accused allowed her goats and ducks to eat up his palm tree and melon in his farm valued at about N150,000.

Need for IDPs to return home

Despite the huge success recorded by the Open Grazing Prohibition and Ranches Establishment Law, 2017, hundreds of indigenes of the state that were displaced by  Fulani herdsmen who took refuge in several camps are yet to go back to their ancestral homes despite the presence of military men code named operation whirlstroke.

Though men of the Operation whirlstroke repelled many attacks on Benue communities, some of the IDPs can not go back home as some of their kinsmen went back home and met their death. Those who survived have been left with lifetime injuries.

The federal government through the Vice president, Prof. Yemi Osimbajo ( SAN) during his visit to the state promised that the Federal  Government was going to support the IDPs to return home and start life afresh with a support of N10 billion. Till today the Federal Government is yet to fulfill this promise. The IDPs need this support and a peaceful, safe and secure environment to return home.