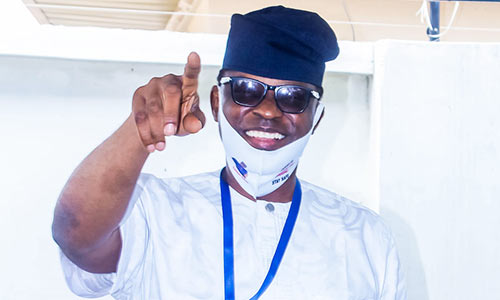 The Court of Appeal sitting in Akure on Wednesday gave dissenting judgment in the appeal brought before it by the candidate of the People’s Democratic Party (PDP), Eyitayo Jegede in the October 10, 2020 governorship election in Ondo State.

Jegede, who is challenging the victory of Governor Oluwarotimi Akeredolu, had approached the appellate court after the tribunal dismissed his petition for lacking in merit.

His Counsel, Onyeachi Ikpeazu, had asked the court to sack Governor Oluwarotimi Akeredolu and his Deputy, Lucky Aiyedatiwa, should be sacked because they were not properly nominated by their party, the All Progressives Congress (APC).

Counsel to Akeredolu and Aiyedatiwa, APC and INEC; Akin Olujimi, Lateef Fagbemi and Charles Edosanmwon, however, faulted all the arguments of Jegede’s counsel saying the case was a pre-election matter.

In the lead judgment read by Justice Theresa Ngolika Orji-Abadua, the court party allowed Jegede to appeal issues one, two, four and five.

She dismissed the appeal on issues three, six and seven.

In their judgement, Justice H. A Barka, Justice J.G Abundaga, Justice Andenyangtso Alli, dismissed the appeal for lacking in merit.

Justice Orji-Abadua in her final speech said the Electoral Act does not have the power to override provisions of the Nigeria Constitution with regard to qualification or disqualification of a candidate in an election.

“The appeal is partly allowed and partly dismissed. The appellant case is dismissed.”