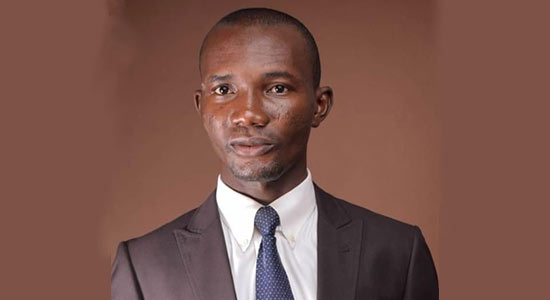 Since the JPI report leaked to the public space, the Lagos State Government (LSG) and the Federal Government (FG) have, by their utterances and body languages, been frantically attacking it. Even though the government of Lagos State promised to respond through its White Paper, it’s lawyer, Abiodun Owonikoko, SAN, seems to have spilled the beans. His utterances have practically unravelled the expected content of the Government’s White Paper. Also, Federal Government which had promised to wait for Lagos and other states to come out with their White Papers has practically and subtly expressed it’s position through the Minister of Information and Culture, Lai Mohammed on 23rd November 2021.

Confirming the Fears of Many

There are those that believe that the Panel was not set up to unravel the truth about #LekkiTollGateMassacre or achieve justice: rather that it was set up as a window dressing programme to placate the people, calm frayed nerves and hope to keep the society from falling off the precipice (a situation which its ill-advised response to the #EndSARS demands had brought the society). These fears are not baseless. They are evidently based on the experiences with previous various panels of inquiries and for that matter the intrinsic nature and the purpose for setting up panels of inquiries in general. Wraith and Lamb in “Public Inquiries as an Instrument of Government”, Allen & Unwin (1971), page 212 describes a Panel of Inquiry as:

“well-publicized inquisitions on the grand scale which may not be concerned with government policy and administration only but for the most part, with the investigation of suspected impropriety or negligence in public life”

“to satisfy the public that a proper investigation has been made into a matter about which there is a great deal of public disquiet.”

Furthermore the report of the panel of inquiry does not amount to a determination of rights and or obligation and as such it is unenforceable. In AMAECHI v. INEC & ORS (2008) LPELR-446 (SC), the Supreme Court held that

“…it is settled beyond peradventure that a Judicial Commission of Inquiry is not the same as a Court of law and it is in the nature of a fact finding committee.”

“A Commission of Inquiry be it headed by a learned Judge or person not learned in law is neither a ‘Court or other tribunal’ that is seised with the jurisdiction to determine the civil rights and obligations of any person under Section 36 (1) of the Constitution of the Federal Republic of Nigeria, 1999 as altered.”

What then was the Hope of the Enlightened Masses?

Some of us had hoped that the JPI and the White Paper would avail the government an opportunity at a second bite at the cherry to use a better response to douse the agitation in the society. Unfortunately the government seems to be missing the mark evidently bedeviled by the ghost of the military regime whose chains of antiquity have kept their minds blinded by the illusion that might is always right.

But this is a new age. The traditional way of setting up a JPI to placate the people only to adopt a preset recommendation or reject the panel reports altogether wouldn’t work this time. In the past there was no social media or internet. But today, we have them. The internet doesn’t forget and it doesn’t forgive. A different approach should have been applied otherwise, sooner or later, the wounds of the masses would resurface and may be unmanageable by that time.

Those that leaked the JPI report evidently did it deliberately as a checkmate because they foresaw the reaction of the government. They evidently knew that the government would attempt to confine the report to the vehicles of historical oblivion. It would seem to have planned to disregard the report hoping that by now, the agitation in the society would have simmered down. Thus since the report on its own doesn’t confer rights or obligation, and may likely be inadmissible in the conventional court, the road to justice seemed elongated. It thus became desirable to throw the report into the court of public opinion.

Now, the government, like in Kofi Awoonor’s songs of Sorrows, seems to have been led “among the sharps of the forest. Returning is not possible and going forward is a great difficulty” the #EndSARS Saga is now “…like the chameleon feces into which [they] have stepped when [they] clean it cannot go.”

Why the frantic attack on the Report?

“On 11 December 2020, the Prosecutor announced the completion of her preliminary examination of the situation in Nigeria, having concluded that there was a reasonable basis to believe that war crimes and crimes against humanity were committed.” (https://www.icc-cpi.int/nigeria). On 22nd October 2020, Premium Times reported as follows:

“The International Criminal Court (ICC) has spoken on the Tuesday shooting of #EndSARS protesters at Lekki Toll Gate, Lagos, by soldiers. The shooting has attracted global outrage against the Nigerian authorities. The number of deaths from the incident is yet to be ascertained.”

“My office has been closely following the events around the current protests in Nigeria and the reaction of Nigeria’s law enforcement and security agencies,”

“Any loss of life or injury is concerning. We have received information alleging crimes and are keeping a close eye on developments, in case violence escalates and any indications arise on that Rome Statute crimes may have been committed,”

With the above situation, the status of the report in the Nigerian Legal System notwithstanding, the report could lend another weight to the allegation and evidence that Rome Statute Crime has been committed by the Nigerian government. Pursuant to the aforesaid and obviously obsessed with avoiding a summons from the ICC, government handlers have preoccupied themselves with attacking the report evidently because of the conclusion that what happened in Lekki was technically a massacre. You know, “massacre” is too close for comfort, to the Rome Statute of the International Criminal Court’s definition of crime against humanity. This evidently is the motivation for the spirited attack against the report.

I think the government can still get it right. This is a point when it ought to consider stooping to conquer. The report presents the government with a rare opportunity of winning the confidence of its people. I think an objective consideration of the report without bias and the adoption of the recommendation therein would be apposite. Alternatively, the report could be an opportunity to create a meeting point for dialogue between the government and the governed and many issues can thereby be resolved.

If however the government continues to try to cower people and attack the report or discard same through its White Paper, it would be throwing away the baby of credibility (which is very necessary for negotiation) with the bathwater. Moreover, such errors could encourage the people to explore other means of ventilating their grievances. The panel was to calm freyed nerves. Disregarding such report would further frey them