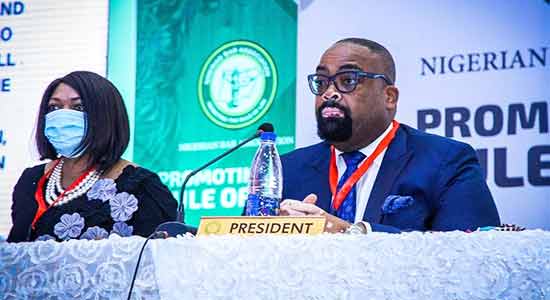 The Association has decided to create an email for every Branch of NBA, using the Branch name with a view to aiding effective communication from the National body to the Branches and vice versa.

The resolution was reached at the just-concluded National Executive Committee (NEC) meeting of the Nigerian Bar Association (NBA) which was held on Tuesday, 15th December, 2020, other sundry issues were raised and addressed by the NEC.

According to NEC the Branch’s email is expected to be accessible to members of that Branch through the usage of a code to be given to the Branch.

Also, the Committee resolved on the creation of General Purposes Committee (GPC) which is to be headed by Mr. Ibegbu, SAN.

The NBA President, Mr. Olumide Akpata co-opted some members of the Association into the National Executive Committee.

Besides, the NEC also discussed issue pertaining to the Legal Practitioners Rules of Professional Conduct purportedly issued by the Attorney General of the Federation, Mr. Abubakar Malami.

The President, Olumide Akpata said the AGF has assured leaders of the NBA, among whom were SANs that the status quo would be reverted and that the same position was re-affirmed to him by the Solicitor General of the Federation on Monday.

He went further to say that  he believes the AGF will not make such a weighty commitment to the NBA and not fulfill it. So the Association should expect the official announcement shortly.

NBA-NEC also expressed concerns over the bane of insecurity in the country, calling on the Federal Government to intensify efforts in the fight against insecurity and insurgency.

Furthermore, NBA-NEC also discussed the need for a committee to be created, saddled with the responsibility of taking out public interest cases against erring government or any of its agencies.

Meanwhile, an introduction of the newly elected Branch Chairman and Secretary by the immediate past Chairman of the Branch.

In another development, the Association has resolved to establish a toll free number which shall be used by members for the purposes of making inquiries at the NBA headquarters.l