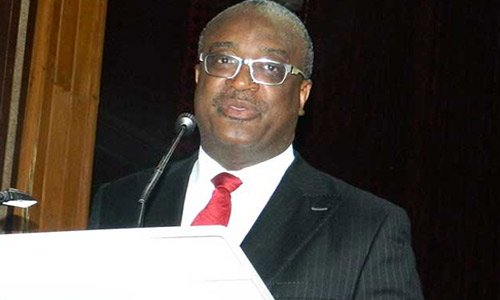 The former president of the Nigerian Bar Association (NBA), Augustine Alegeh, SAN has faulted the view that courts have declared the NBA Stamp and Seal irrelevant.

During a chat with This Day Newspaper, Alegeh said the Supreme Court has upheld the validity of stamp and Seal and the stamp and Seal has put majority of lawyers out of business.

He added that each administration should be given credit for its role in developing the Association.

“The NBA is a dynamic and collaborative Association, and all the developments are building blocks of successive administrations. We must give each administration credit, for their part and respective roles in developing the Association.

“On the NBA stamp and seal I am aware that the Supreme Court upheld its validity in the Sarkin Yaki case [Yaki & Anor v Bagudu & Ors. (2015) 18 NWLR (Pt. 1491)] and this position was followed by the Court of Appeal in Adewale & Anor v Adeola & Ors (2015) LPELR-25972, as well as in other cases, so it would be incorrect to say a lower Court has overruled the Supreme Court. I believe the handling of the Stamp and seal process, subsequently created a situation where Lawyers who had paid were not provided with their stamp and seal, and the Courts could not fold their arms and shut out the Lawyers from appearing for their clients, when they had proof of payment for the stamp and seal.” he said

The learned silk also explained that it is not true that NBA makes profit out of stamp and Seal. He said the stamp and Seal are produced in Europe

He said, “On the price of the Stamp and seal which was fixed by NBA NEC at its meeting in Uyo, Akwa-Ibom State in November, 2014, same has not been increased, despite the wild increase in the dollar rate. The stamp is being produced in Europe, and paid for in foreign exchange. Additionally, the cost of delivery of the stamps and seals to branches, makes it impossible for NBA National to “line its Pockets”. It is a totally erroneous impression, that the NBA makes profit from the Stamp and seal project.

“We must all appreciate that the Stamp and seal project is for the collective benefit of all Lawyers, and we must all support the project. Given current technological advancement, we should now be working towards having an electronic seal for use online, for all our legal work.

“The Federal and State Judiciaries are following the lead of the NBA, and introducing their own unique stamps and seals to shore up documentation authenticity”

Furthermore, Alegeh said NBA has not lost focus and activism of the NBA of the Alao Aka Bashorun days.

According to him, since we are no more under military regime, NBA must change its tactics by collaborating with government where possible and holding government to account where necessary

He said, “We must always commend the vibrancy of the Alao Aka Bashorun leadership of the NBA, but we must realise also that we are now in a democratic regime. The NBA must be dynamic and change its tactics, with the given realities of each situation.

“The Association must collaborate with Government where possible, and also hold the Government to account where the Government deviates from its constitutional role. It must be a balancing act. NBA should neither be subservient to Government, nor unjustifiably confrontational. We must also embrace dialogue, as our first option in resolving any issues with the Government.”

On the 72 Senior Advocates of Nigeria that were inaugurated on December 14, he said while their number maybe too large, it does not mean that they were unqualified as suggested in some quarters.

He said the rank remains a privilege with Legal Practitioners Privileges Committee having final decision on same. He suggested that decision of the committee be respected.

“The number may appear large to some persons, but it is not suggested that unqualified persons were appointed. We need to always appreciate that the rank of Senior Advocate of Nigeria remains a privilege, and it is the Legal Practitioners Privileges Committee [LPPC] that makes the final decision. The Committee, in its wisdom, has made the determination of 72 distinguished Legal Practitioners this year, and we must respect their decision.

“I seize this opportunity to congratulate the newly sworn-in Senior Advocates of Nigeria and urge them to take with all seriousness, the responsibilities associated with the rank of Senior Advocate of Nigeria.”