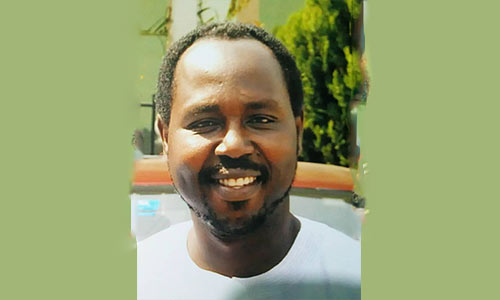 Mr. Olumide O. Okunmakinde, Esq., has described the write up of Mr. Aderemi Oguntoye on the just-concluded NBA National Elections as most unfortunate.

This is contained in a statement issued by Mr. Olumide which was made available to TheNigerialawyer, titled “OF A DISRESPECTFUL VOICE OF ADEREMI OGUNTOYE AGAINST DASAN”.

“I refer to a recent write up by Mr. Aderemi Oguntoye (Mr. Olumide Akpata’s Accredited Agent at the ECNBA Situation room) wherein he vehemently and disrespectfully emphasized that Mr. Dele Adesina (SAN) prepared to fail at the just concluded controversial NBA national elections. The said write-up calls for concern on many grounds. Of particular interest (in respect of ground) here is the absence of key Yoruba value of respect for elders.” He said.

However, he noted that the write up of Mr. Oguntoye was unethical of the Yoruba tradition and insultive of elders. Besides, he noted that it is wrong to postulate that Mr. Dele Adesina, SAN will go into “oblivion”, as indirectly stated by Mr. Oguntoye.

“Generally, as of ethical essence, in the choice of words at points of direct reference to elders, the Yoruba carefully pick words that will maintain reservation—indicating respect—while points intended to be passed across are delivered in the speaker’s favor. The third to the last sentence in Mr. Aderemi Oguntoye’s write-up is for emphasis. He wrote, and I quote: “the fellow (referring to Mr. Dele Adesina SAN) does not wish to ‘go into oblivion’ without some noise”.

“These words are very heavy and dishearteningly disrespectful. Let Mr. Aderemi Oguntoye and those who share the above stated view emboss it on their minds that Mr. Dele Adesina (SAN) cannot and will not go into oblivion. Even though he is not the president elect in the just concluded controversial election, his impact in the course of the NBA’s administrative history, locally and nationally, is indelible. He stands tall and gallant, remaining undepleted in exemplary posture and undeniable capacity as an experienced administrator. Of course, the election warranted opposition playing down roles which Mr. Dele Adesina has played in the life of the NBA—an overture which, of political calculus, is a bid to paint his actual value and administrative capacity in insignificant grey shades.” He said.

Furthermore, he stated that Mr. Dele Adesina SAN is “a fundamental part” and his giant strides in NBA remain indelible.

“For the painters of insignificant grey shades and visionaries of an impossible DASAN plunge into the oblivion, I leave them all to reflect on an extensive Yoruba proverb which states that “if a market suddenly closes down, the crowd will be left scattered here and there; however, the real buyers will remain and also the real traders who have presented and spread their goods on market tables and grounds for sale”. Simply put, principal stakeholders, of which Mr. Adesina is a fundamental part, will remain significant and impactful in the life and course of the highly esteemed Nigerian Bar Association. “

Finally, he enjoined that youths should be watchful of their dispositions to elders as they shall soon step into their shoes.

“I must conclude by reminding the youths of today that the position of elder awaits them, God preserving our lives. The insult thrown at elders today will be rewarded with greater measure by the youths of tomorrow. Aderemi Oguntoye still has a golden opportunity to rewrite his story. He that has ears let him hear.” He concluded.