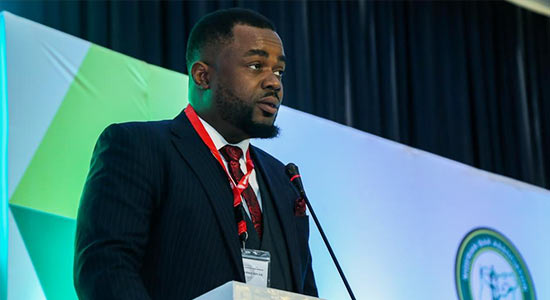 The Nigerian Bar Association has bared its mind on the National Assembly’s decision to attach conditions to the electronic transmission of election results.

The Special Adviser to President Buhari on Political Matters, Babafemi Ojudu, had defended the lawmakers relying on the position of the Nigerian Communication Commission, NCC, that in some parts of the country, connectivity could be very slow and unreliable and that the results could be hacked

However, the National Publicity Secretary of the NBA, Rapulu Nduka, in an interview with the PUNCH Newspaper, said the decision to attach conditions to the electronic transmission of election results had whittled down the powers of the Independent National Electoral Commission.

According to him, the rejection of electronic transmission of results is myopic and shows the selfishness of the lawmakers.

“The senators and our lawmakers in general are trying to make laws that benefit them at the moment. As far as I am concerned, not electronically transmitting these election results is a terribly myopic way of thinking. It is sad that people just make decisions or laws based on how they suit them.

“Some senators even stated that they did not have network service in their areas. I believe that is just an excuse. Telecommunications companies are profit-oriented. They should be able to provide network service to Internet-deprived areas. I am certain that those who benefit from a system, no matter how selfish, may face the consequences tomorrow.

“The reality is that the legislature has the constitutional power to make laws. However, making a law like this may be a way to tie the hands of the Independent National Electoral Commission, prevent the commission from doing the needful and belittle their powers guaranteed by the constitution. Nigerians are not happy about this. The law should be made for man and not man for the law.

“Our legislators must take into cognisance how just the laws are, how they affect the citizens and whether Nigerians are happy about them. These are some of the factors that should propel the making of laws in a democratic system.” Nduka said

Some senior lawyers backed the position of NBA. Ifedayo Adedipe (SAN), recalled that the president of the Senate, Dr Ahmad Lawan, had made it clear from the beginning that whatever the President, Major General Muhammadu Buhari (retd.) wanted, the lawmakers would give him. Therefore, the decisions of the NASS needs to be taken with pinch of salt.

He said, “I can recall the obscene spectacle of the Deputy Senate President kneeling down to greet President Buhari. So, when you see such characters presiding over the affairs of the National Assembly, you have no choice but to take whatever decisions they make with a pinch of salt.

“I think the National Assembly is taking Nigerians for a ride. The Independent National Electoral Commission is a creation of the constitution. Therefore, any attempt to create any legislation, whether out of ignorance or mischief, which is unconstitutional should be struck down. Any legislation that whittles down the independence of INEC should be discouraged.

“The action of the National Assembly is a joke carried too far. If President Buhari signs that legislation into law, it will be challenged.”

Another Senior Advocate of Nigeria, Yusuf Ali, said some of the functions of INEC revolved around things that would ensure electoral integrity, including everything that must be done to modernise the voting system.

He added, “The electronic transmission of election results should not be an issue at this stage and I am truly surprised that the National Assembly is not in support of it. We are in the age of information, communications and technology. If the National Assembly does not have any hidden agenda, then I don’t see any reason why we cannot electronically transmit our election results.

“INEC must be thoroughly independent as its name connotes. When it comes to disputes in election matters, the commission should be given the discretion to utilise cutting-edge technology in our electoral processes.”