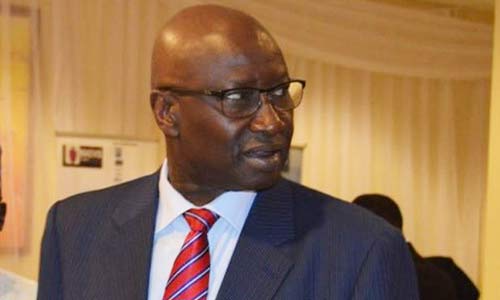 The Federal Government on Monday inaugurated a 22-man committee to negotiate the consequential adjustment in salaries arising from the new national minimum wage.

President Muhammadu Buhari had before the passage of the new minimum wage bill stated that the salaries of all those earning above the minimum wage would be reviewed.

Inaugurating the committee, the Secretary to the Government of the Federation, SGF, Boss Mustapha, said the committiee has four weeks to conclude and submit its reports.

According to him, the committee would be chaired by the Head of the Civil Service of the Federation (HoCSF), Winifred Oyo-Ita.

Mr Mustapha said the primary mandate of the committee will be to negotiate the consequential adjustment in salaries arising from the new national minimum wage.

“I have no doubt in my mind that you have abundant literature, reports and other materials to help this assignment. The duration of the assignment is four clear weeks from this inauguration. It is expected that the Committee will work assiduously to complete the assignment,” the SGF said.

The members of the committee include the ministers of Labour and Employment, Budget and National Planning, Education, Health and Attorney General of the Federation and Minister of Justice.

On the side of the Trade Unions, 10 representatives have been nominated by the Joint National Public Service Negotiation Council as members.

In her remark, the chairperson of the committee, Mrs. Oyo-Ita, said concerted efforts have been made by various stakeholders to ensure that workers in Nigeria receive wages commensurate with their output in the public service considering the prevailing socio-economic realities.

She said the committee will do its best to deliver on its mandate within the stipulated time frame.