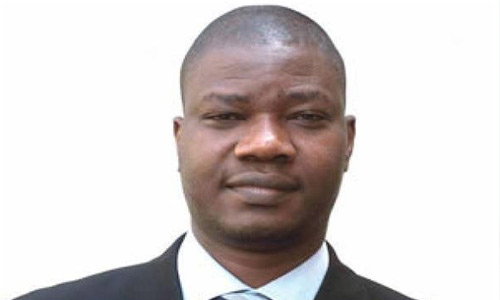 On May 1, 2019, the Nigeria Governors’ Forum organised a one-day induction for state governors’ wife on protocol and etiquette. On Monday, May 6, a gender activist, Mary Ikoku, and I were privileged to discuss the First Ladies and their pet projects on Roots TV, Abuja. The discussion anchored by Gloria Orji-Emordi centred on how to make the Office of the First Lady accountable given the enormous resources they expend on their pet projects when their husbands are in power.

How did this phenomenon of the First Lady evolve? According to literature, First ladyship has its origin in the United States of America. It originated in 1849 when the US President, Zachary Taylor, called Dolley Madison “First Lady” at her funeral while reciting her eulogy. However, it was said to have gained wider recognition in 1877 when Mary C. Amees wrote an article in the New York City newspaper, “The Independent”, describing the inauguration of President Rutherford B. Hayes. She was quoted as having used the term to describe his wife, Lucy Webb Hayes. The term is now used all over the world to describe the wife of president or Head of State. In Nigeria, apart from using it to designate presidents’ wives, it is also used for wives of governors and those of Local Government chairmen.

Much was not heard of this term in Nigeria until the administration of General Ibrahim Babangida came to power in 1985. Hitherto, wives of former Prime Minister and Heads of State just played ceremonial role of hosting dignitaries, both local and foreign, to dinners and chatting with their wives while the husbands held formal meetings. Aside from that, we also see “First Ladies” going round public hospitals on January 1 of every year to give gifts to the first child to be born in the new year.

However, Mrs. Maryam Babangida changed all of that by establishing the Better Life Programme for Rural Women as her pet project. The Better Life programme was officially launched on September 18, 1987. By the time her husband stepped aside in 1993, she had made so much impact among Nigerian women particularly the rural dwellers.

According to a former Minister of Women Affairs and Social Development, Dr (Mrs.) Hajo Sani, in her book: “First Ladyship and Empowerment Programmes in Nigeria”, “The activities of Maryam Babangida with the introduction of BLPRW turned the traditionally ceremonial post of First Lady into a potent force for women’s rural development in Nigeria. The programme sought to empower women’s social, economic and political status in many areas.” At the end of November 1993, the BLPRW had facilitated the establishment of 9,492 cooperatives, 1,435 cottage industries, 1,784 new farms and gardens, 495 new shops and markets, 1,094 multipurpose women’s centres, 135 fish and livestock farms and 163 social welfare programmmes. It was also during the era of Mrs. Babangida’s BLPRW that the National Centre for Women Development was built in Abuja. It was opened on October 17, 1992.

Virtually every wife of Nigeria’s head of state since Babangida years has launched one pet project or the other. After Mrs Babangida came Mrs. Maryam Abacha. She also launched her pet project, Family Support Programme, and an offshoot known as Family Economic Advancement Programme. In 1995, Mrs. Abacha through her FSP was able to influence the upgrade of the National Commission for Women into a full-fledged Federal Ministry of Women Affairs and Social Development. She also launched the Family Support Trust Fund in 1994. Through the monies realised from this Fund, Mrs. Abacha built the National Women and Children Hospital in Abuja. This hospital was opened on May 22, 1999 by the administration of General Abdulsalami Abubakar and was renamed the National Hospital in 2000.

In 1999 when Abdulsalami assumed office after the demise of Gen. Abacha, his wife, Hon. Justice Fati Abubakar, established a Non-Governmental Organisation known as Women’s Right Advancement and Protection Alternative. WRAPA as the organisation is better known was set up for “…advocacy, mobilisation, promotion and protection of women’s rights; the elimination of all forms of repugnant practices as well as violence against women and the enhancement of their living standards.” On return to civil rule in 1999, Mrs. Stella Obasanjo also set up her own project known as the Child Care Trust. The CCT was established to care for physically and mentally challenged children. One of the major achievements of the project was the establishment of a Special Children Model Centre in Bwari, Abuja. The centre was built at an estimated cost of N600m. Mrs. Titi Abubakar, wife of ex-Vice President Atiku Abubakar, also started a pet project known as Women Trafficking and Child Labour Eradication Foundation while her husband was in office. She was able to advocate against child and women trafficking through WOTCLEF. She also was able to integrate some of the affected women back into normal life.

By the time President Umaru Yar’Adua assumed power in 2007, his wife, Turai, also toed the line of previous First Ladies by setting up the Women and Youth Empowerment Foundation. WAYEF among other things embarked on interventions in the areas of poverty reduction, drug abuse and lifelong education. Turai’s WAYEF rehabilitated Katsina’s Vesico Vaginal Vistula Centre, donated grinding machines and a bus to Yangoji Leprosy Village in Kwali Area of the Federal Capital Territory and equipped the Suleja Prison workshop with working tools to make inmates skilful and self-reliant after serving their jail terms.

Dame Patience Jonathan started her pet project while she was in Bayelsa State when her husband was the governor of the state. Her NGO then was known as A. Areuera Reachout Foundation. When her husband became the President at the death of President Yar’Adua, Mrs. Jonathan launched another pet project known as Women for Change Initiative. The wife of our incumbent President, Mrs. Aisha Buhari, is not left out. She launched a pet project known as “Future Assured” whose programme includes medical outreach, women empowerment, education, support for victims of insurgency and protection of the rights of women and children.

It is not only the wives of the President that initiate pet projects. Even wives of state governors do. Oluremi Tinubu as the First Lady of Lagos initiated New Era Foundation under which Spelling Bee competition was held annually across the state with the overall winner becoming a one-day governor of the state. Mrs. Foluso Amosun in Ogun State set up various initiatives ranging from getting children to be involved in the protection of their environment through tree planting to helping persons with disability with business starter packs for economic empowerment and support to the aged. Mrs. Eki Igbinedion as the First Lady of Edo State launched Idia Renaissance, an NGO, working through research, education and enlightenment towards the restoration of the dignity of women, youths and children in Nigeria. The foundation was established to combat the disturbing scourge of human trafficking, prostitution, maternal mortality, drug abuse, cultism, youth restiveness, HIV/AIDS and other social and health problems prevalent especially among children, youths and women in the society

No doubts, these are noble projects with high impact. However, the questions are: How do these women mobilise resources for these plethora of pet projects? How accountable are they? How sustainable are the pet projects? Should we institutionalise or formalise the Office of the First Lady?

These nagging questions need to be looked at dispassionately. There are insinuations to the effect that the Office of the First Lady is a conduit to funnel state resources into otherwise unconstitutional projects. It has also been alleged that government contractors are coerced to fund the pet projects of the First Ladies. There is opacity in the funding of these pet projects and as such there is a need to redefine, redesign and make the pet projects accountable and transparent to the public. One major problem of the pet projects is their short lifespan as they often wind down once the husbands of these First Ladies are out of power. This is because many of them are not formally registered with government and the slush funding often ceases with their husbands out of power.