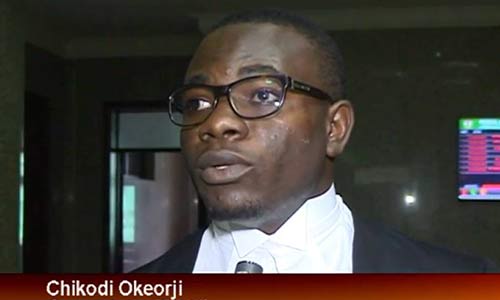 Technicalities in law are those procedural defects or irregularities pursued by litigants in the course of administration of justice with the aim of bringing the Courts to arrive at a peripheral and legalistic approach of adjudication based on irregularities or defects in procedure rather than pursuit of the substance or merit of the case.

In common parlance, technical justice is the direct opposite of substantial justice. Technical justice is done when the Court embarks or places reliance on excuse, based on a procedural mistake(s) made by a party or an omission to carry out or fulfil a particular procedural requirement, to determine a case against such erring party, without looking into the main grouse or claim in the case.

Ordinarily, the law is never intended to work injustice or to shut out a party. It is not the purport of the law that it should work injustice. The law is settled that the courts will not allow technicalities to subdue the substance of a case. See the case of Owner MV ‘Cape Breton’ v. Ganic Nig. Ltd [2007] All FWLR (Pt. 372) 1825 at 1838 paras. D – E.

However, [in answer to Senator Abaribe’s question] there are instances where issues arising from a defect may, on their face, look technical but statute or the Constitution will mandate that the commission of such defect should be treated as fundamental which goes to the jurisdiction (or power) of the Court to even look at or entertain the merit or substance of the case.

There are unlimited number of instances where issues which may ordinarily appear technical on their face would amount to fundamental defects statutorily or constitutionally mandated to be punished by striking down or dismissing the case. In such instances, the hands of the Court would be tied, as it would be incapable of helping the erring party or the party to whose disadvantage the error works.

The supreme Court dismissed Adeleke’s Appeal, not because he lost the election but because one of the Judges who sat over the election petition at the Tribunal, did not sign the records of proceedings on a day in which a vital witness gave evidence – the witness’ evidence was found to have been heavily relied upon by the Tribunal to declare Senator Adeleke winner.

In direct answer to Senator Abaribe’s question on the floor of the Senate, the Courts (even the Supreme Court) would not allow issues which are mere irregularities to clog the wheel of justice in the adjudication process – it would treat such issues as mere irregularities and proceed to the substance of the case.

In many instances, the Court would use its inherent powers to allow such defects to be corrected or regularised by the party in default. However, where the defect is statutorily fundamental, it is said to strike, even at the root of the jurisdiction (power) of the Court – in which instance, the Court would have no option than to follow or obey the law.