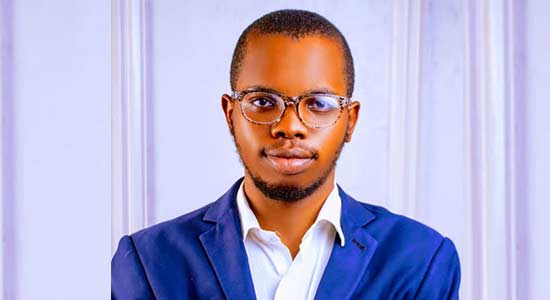 Happy new month, ladies and gentlemen. I welcome you to another edition of the Law History Series which is aimed at promoting and unearthing the history, unknown facts and celebrating the heroes of our beloved legal profession. On this edition, I will be discussing about a legal amazon, the Dame of the Nigerian Bar, Dame Priscilla Kuye. The first and only woman to become the President of the Nigerian Bar Association in the history of Nigeria.

During her tenure as NBA President, the NBA Executive and the Bar went en masse to Kuje Prison to ensure the release of the ‘Kuje 5’ – Mr Femi Falana S.A.N, late Dr Baba Omojola, late Chief Gani Fawehinmi S.A.N., Olusegun Mayegun and late Dr Beko Ransome-Kuti. The Magistrate Court released the five illegally detained persons. That was victory for the NBA, and the rule of law. She fervently spoke out against disobedience of court orders by the Federal Government during the military era. During her tenure, the Federal Military Government also scuttled NBA meetings using soldiers for many years, all because the NBA was vibrant during the military era.

The executives she led, worked very hard, and upheld the Constitution of the NBA. As President of the NBA, she always spoke up when it was necessary and also issued many releases against disobedience of court orders by the Government, even though it was a Military Government. The NBA under her was truly “the watchdog” of the society. She was persecuted by the Government, and her Passport was seized. The Dame of the Bar as she is fondly called has always been an ardent advocate of women’s rights as well as deepening female participation in the leadership of the Bar.

Her advocacy for more female lawyers to be more involved in Bar leadership was very glaring in the interview she granted Thisday Newspaper on August 18, 2020, where she stated:
“We pray that there will be more female Lawyers who will offer themselves to serve the NBA in the capacity of President and other positions, in the near future. To change the negative narrative of gender discrimination, well qualified and competent female Lawyers need to campaign, maybe, more vigorously for the positions they want. They must continue to solicit for the votes of male Lawyers who are in the majority, as well as securing the support of their fellow women.

It is a hard battle, as men do not want to cede the position of National President to Women. There are criteria for becoming a Senior Advocate. So, female Lawyers must work that much harder to satisfy the criteria, especially because of the responsibilities on the home front. As I said before, male Lawyers out- number female Lawyers. We pray that more female Lawyers who will be legal practitioners and academicians, will emerge in the future.”

She exemplified an NBA, that is a watchdog of the society, which promotes the rule of law and ensures that Nigeria remains a democratic country, and “not a Hobbesian State where things are nasty and brutish”. Kuye was married to the late High Chief Omowale Kuye, Otun Olubadan of Ibadanland. They have a son, Ademola, and a daughter, Onikepo, who is a lawyer and journalist currently serving as Editor of Thisday Law.

Today , we celebrate her  record breaking feats coupled with her legendary activism and we hope that this will inspire women and lawyers generally to take on bigger roles in the struggle for a better NBA and Nigeria. Hopefully, we will have another female NBA President n the nearest future.

Mustapha Babalola Toheeb writes from Kano,Nigeria and can be reached via toheebmustapha15@gmail.com