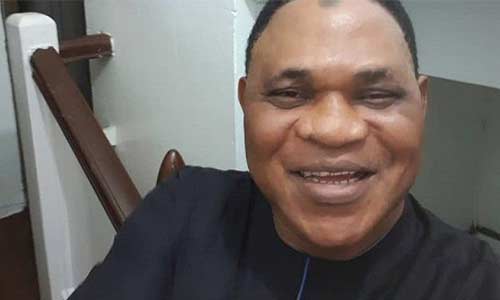 Defeated candidate of the Peoples Democratic Party (PDP) in the November 16, 2019 governorship election in Kogi State, Engr. Musa Wada, has listed a total of 259 witnesses to give evidence at the tribunal where he is challenging the outcome of the election.

Before the state governorship election tribunal sitting in Abuja, Wada his political platform are contesting the outcome of the election that returned Governor Yahaya Bello of the All Progressive Congress (APC) as the validly elected governor of the state.

But in the petition filed on December 2019, the petitioners attacked the credibility of the polls alleging that it was riddled with irregularities, fraud and other acts that were not in compliance with the the Electoral Act.

The petitioners who joined the Independence National Electoral Commission (INEC) Governor Yahaya Bello and the All Progressives Congress (APC)as relevant parties, further alleged that the outcome of the polls did not reflect the actual votes cast at the election.

It is Wada’s prayer that the three-man panel of the tribunal headed by Justice Kashim G. Kaigama, declare that governor Bello was not duly elected and/or returned by a majority of lawful votes cast during the election.

Besides, the petitioners are also seeking a declaration that neither the second nor the third respondent scored the majority of lawful votes cast at the election to the office of the state governor.

And when the court resumed, several applications were moved by parties while some were withdrawn without objection by the opposing party.

However, due to the fact that one of the motions was not ripe for hearing, the tribunal had extended the pre-hearing period till Thursday to conclude all pre-hearing applications.

The 14-day period stipulated by law for pre-hearing motions is expected to lapse on Wednesday, having started on January 30. The court however invoked the power vested on it by law to extend the period by one day. It also reserved rulings on the applications moved to a date to be communicated to parties.

Before adjourning the matter till Thursday, parties also took time to agree on the number of witnesses to be called as well as documents to be tendered in evidence.

Counsel to the petitioners, Jibril Okutepa, told the tribunal that his clients have listed 259 witnesses to give evidence in court within 14 days.

But the court had queried the rationale behind the 271 witnesses listed by INEC and consequently, the number was reduced to 200.

The respondents also agreed to adjust the number of their witnesses if the petitioners adjust theirs.

In his ruling, Justice Kaigama-led panel after an eight hours sitting, held that parties are entitled to call their witnesses.

The tribunal however reduced the number of days the petitioners have to call their witnesses to 10 days each while those of the respondents are reduced six days each.

The parties had engaged in a heated debate earlier in the day over a suggestion made orally by counsel to the petitioners. Okutepa had suggested to the court to extend the pre-hearing period but his colleagues took him on the fact that the time was not yet matured for such an application and also, that the application would have been made in writing.

After a long argument, the court ruled that the application for extension was premature since the 14 days period granted by law still subsists. He therefore asked parties to move their motions.