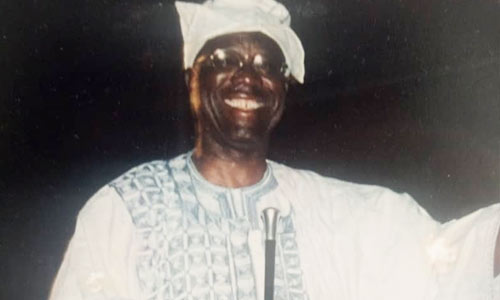 Before I begin this tribute to one of the greatest teachers of all time, I wish to brag that I am supposed to be the only person in the whole world with this picture of Dr Kole Abayomi attached (below) to this post. Relax, I will tell you why.

By November 2003, I was finally ready to head down to the Nigerian Law School in Lagos. The two months that preceded my departure, until today, ranks as one of the most depressing period of my life. On paper, I was qualified to be admitted to the Law School that year, but by a careless and irresponsible act of one man, my biggest fear of spending an extra year in the University almost caught up with me; well, it didn’t and the story of that experience will be left for another day.

I entered the night bus with mixed feelings that November evening of 2003, en route Lagos to continue my Law education at the Nigerian Law School in Lagos. At that time, other students had arrived about three weeks earlier. I knew I was late but I was determined to join others wherever I would meet them and finish the race successfully.

By dawn the following day, our bus rode into Lagos and by some minutes past 9 am I arrived at the Campus of the Nigerian Law School in Victoria Island ,Lagos.

That day is still vivid in my memory. I bounced in wearing my jeans, a green shirt and a pair of Timberland boots. I still remember why I wore those boots. I was so scared of that night journey that I prepared for the worst. The worst, for me, was our bus running into armed robbers and having to run into the bush in the cold and dangerous night .

Immediately I arrived, I began my registration which was supposed to end that day. I paid my school fees which was about N64,000 . It was during that period of running to and fro the bank and the Law School trying to complete my registration that I saw Dr Kole Abayomi for the first time. During that registration process, I deliberately avoided him. If I saw him coming from one end of the school, I took the other.

What do you expect from me? I went through a typical Nigerian education system where lecturers and heads of schools were lords. You don’t dare stand in their way. I graduated from the University having no relationship with any lecturer at all. I wasn’t ready to be in Dr Abayomi’s way at all, especially at a time I was still unsure if my registration would be accepted.
It took me just a few days later to know that I had been fooling around by trying to avoid one of the most wonderful teachers in the whole world.

In the Law School,the phrase “fit and proper” was used as a bogeyman. Many of us struggled to understand what that really meant. I graduated from a Catholic secondary school before I entered the University; for me at that time, when I got into the university, I was done with being a good boy. If fit and proper meant that I should not smoke,drink or play around with any female I would meet in the Law school then my days in the law school were numbered. Nothing will make me live the life I lived in the mission school again!

In the Law School, we were expected to dress on black and white. Black pants, suits and ties with white shirts. We also had bouncers at the door of the lecture halls that enforced compliance. One day, this female student had an altercation with the bouncers because of the colour of her shirt. The case got to Dr Abayomi and the girl won. She did not only win for herself, she won for many of us who had a compelling urge to depart from those colours. Dr Abayomi came in and addressed us and there, I heard the words “sober colours” for the first time. We erupted in jubilation, the lady involved, (I can’t remember her now) became our Rosa parks. 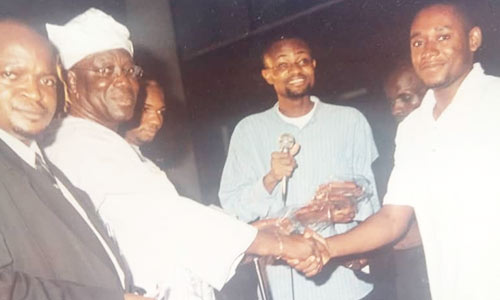 While our contemporaries were living like monks in their conservative Abuja campus, we lived like the liberals.

Dr Abayomi forged a good relationship with us. His dress sense was worthy of emulation. He visited the hostel to joke with us and listen. He encouraged us , he taught us “life” outside the classroom but inside the classroom,he taught us Wills. Wonderful! It was new to many of us to have such a relationship with a superior. We did all we wanted to do.

We studied hard, partied hard, socialized hard. The Lagos Campus then was the “bomb”. “Fit and Proper” wasn’t what I thought it was afterall. We did not just love him, we fell in love with him. He became a teacher, a father,a mentor,a friend, and playmate to many of us. He was a good man.

On the 3rd of July 2004, we wrote our final paper in our Bar examination. That night, we had a party with him and an award night. That party rocked. The Lagos Boy, as many of us called him, was present. He partied with us. I was the compére at the award night.

Now, to the picture I claim to have exclusive possession of: at the last party, I called the photographer covering the event, paid him to take a picture of Dr Abayomi for me. He did. I left a warning “not an instruction” that he should never make a copy for anyone. I hope he complied, though I do not mind anymore if he did, because all of us deserve a copy of his picture. That picture was more than a picture to me. I preserved it like gold.

Dr Abayomi gave us an extra one week to stay in the law school before vacating. The usual thing was for all students to vacate the premises the following day. I didn’t stay. I left the Campus the following day .

As I walked out of the law school that evening of July 4th 2004 rolling my box behind looking into the future, I walked with a sense of accomplishment for all I had learnt, not in the classrooms of the Law School but in the corridors of those classrooms where Dr Abayomi practically taught us life lessons which to me are the most important lessons of all.

This morning, 2nd April 2020, we received the schocking news of his death.
May his soul rest in peace.
Amen.

Anthony Atata is a Partner in Hallblack Law Firm and belongs to the law school class of 2004.