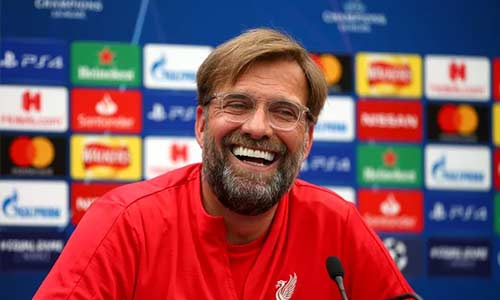 Liverpool manager Jurgen Klopp says moving the Africa Cup of Nations back to January “is, for us, a catastrophe.”

The 2021 tournament has been moved from the summer because of “unfavourable” weather in host country Cameroon.

“If we have to make a decision about bringing in a player, it is a massive one,” said the Anfield boss.

“You know for four weeks you don’t have them. As a club you have to think about this. It doesn’t help African players.”

The 2019 Cup of Nations in Egypt was the first one to be held in the summer after the tournament had traditionally been staged in January and February.

The decision, made in 2017, to move the start of the competition to June was widely welcomed, especially by top European clubs.

Reverting to a January start also means that the competition will not clash with the expanded Fifa Club World Cup, being held in China in June 2021.

But Liverpool are one of a number of Premier League clubs who will lose first-team players.

“I couldn’t respect the Africa Cup of Nations more than I do because I like the competition and watched it a lot in the past. It’s a very interesting tournament,” added Klopp.

“But, it’s an obvious problem that you play a tournament in the middle of the season, although it makes more sense for Africa to play it in our winter when the weather is better for them – I get that.

“But we have absolutely no power – so if we did say ‘We don’t let him go’, the player is suspended.

“If a player is injured and cannot play for us we have to send him to Africa and they have a look and in one or two weeks they are back. Nowadays, it should not be like this.”