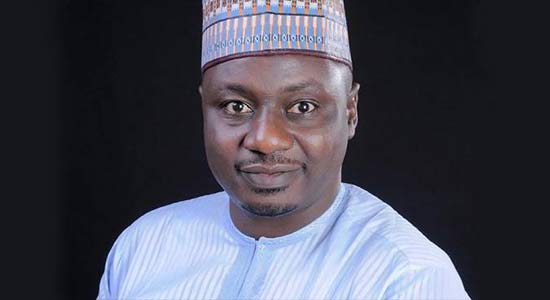 A Nigerian journalist, Jaafar Jaafar, who exposed a bribery video of Kano State Governor, Abdullahi Ganduje, has fled the country to the United Kingdom over alleged threats to his life.

Jaafar relocated to the European continent with his family and may not be returning to the country “until the coast is clear,” Premium Times was told.

The Daily Nigerian publisher was recently invited by the police over alleged defamation of the character but he said he would only return to Nigeria when the government can guarantee his safety.

Daily Nigerian had on April 19 reported that Jaafar, who exposed a video in 2018 showing Ganduje, stuffing dollars in his pockets, has fled his Kano and Abuja residences over some death threats he recently received.

Our correspondent had learnt that Jaafar is presently in hiding and one of his close associates said some unknown persons had been on his trail for some time.

“The journalist is no longer staying at home. He is in danger as some unidentified persons, likely to be hit men, have been trailing his movements, both at his Abuja and Kano residences,” the source had said.

It was gathered that the Inspector-General of Police Monitoring Unit, also in a letter dated April 14, had invited the Daily Nigerian publisher for questioning, alleging that he was inciting violence and spreading injurious falsehood.

In a letter signed by ACP A. A. Elleman, the Monitoring Unit, said that “This office is investigating a case of Criminal Conspiracy, Defamation, Injurious Falsehood and Inciting Violence to the IGP in which your name featured.

“In view of the foregoing, you are kindly requested to interview the undersigned on Monday, April 19, by 10.00am prompt through SP Usman Garba (Admin Officer) to shed more light on the allegation.

“Your cooperation in this regard would be highly appreciated, please.”

On March 22 reported that Jaafar had cried out that the governor should be held responsible if anything bad happens to him.

Ganduje had in a recent interview with the British Broadcasting Corporation Hausa, said the government was making plans to deal with those who released the videos.

In the face of the renewed threats, the journalist wrote a petition to the Inspector General of Adamu, Mohammed Adamu, through his counsel, Barrister Abdullahi Gumel.

Speaking through his lawyer, Jaafar had noted that although Ganduje is a sitting governor and a member of the ruling party, the IGP would handle the matter professionally, diligently and speedily.