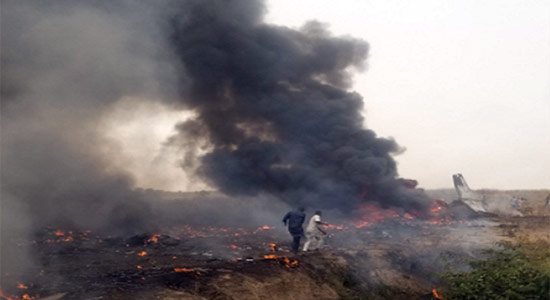 In a landmark victory for Indonesian environment campaigners, a court on Thursday ordered President Joko Widodo to clean up Jakarta’s notorious air pollution, ruling that the leader and other top officials had been negligent in protecting citizens.

The capital and its surroundings form a megacity of about 30 million people, which routinely ranks among the most polluted cities in the world.

Experts have warned for years about the threat posed by Jakarta’s smog to the health of residents, especially children.

A group of 32 activists and citizens impacted by pollution had filed the lawsuit two years ago, accusing Widodo, as well as his ministers for health, home and environment, and the governor of Jakarta, of negligence over the state of the city’s environment.

The officials were found to have “violated the law”, presiding judge Saifuddin Zuhri of the Central Jakarta District Court said, ordering them to tighten environmental regulations and enforcement.

They asked the officials to especially crack down on the pollution generated by vehicles and the coal-fired power plants around Jakarta, including with sanctions for violations.

The petitioners had not asked the court for any monetary compensation.

Ayu Eza Tiara, a lawyer for the plaintiffs, said that the defendants must accept their “defeat” and comply with the ruling.

There was no immediate response from Widodo or the other officials found negligent by the court.

Outdoor air pollution causes an estimated 4.2 million premature deaths around the world, hitting poor and middle-income countries such as Indonesia hardest, according to the World Health Organization.

Indonesian activists say standards have improved in recent years, but are far from what is needed. They have also warned that smog can make the effects of Covid-19 worse, in addition to aggravating asthma and other respiratory problems.

Jakarta residents got some respite when pandemic restrictions reduced traffic, but air pollution has slowly returned.

Air pollution is one of several environmental issues facing the Indonesian capital.

It is also one of the world’s fastest-sinking cities because of excessive groundwater extraction.

The government in 2019 announced plans to move the administrative capital of the country to a new location on Borneo island to reduce stress on Jakarta.