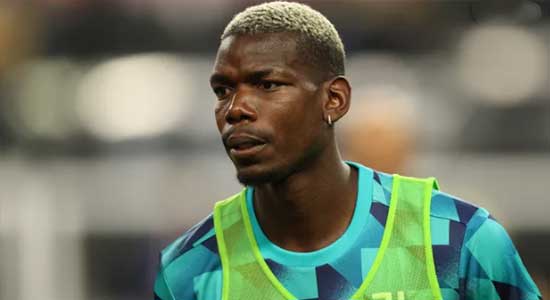 However, according to the Mail on Sunday, the 29-year-old insists he paid the sorcerer to help him with his injury-plagued career.

Pogba denies it had anything to do with international team-mate, Kylian Mbappé and says he “never intended to harm anyone”.

He explained to investigators working for France’s Central Office for the Fight against Organised Crime (OCLCO) that he was “looking to be protected against injury” and “also to help poor kids in Africa” he was in connection with through an aid organisation.

Two judicial sources in Paris confirmed the revelations and the transcript from interviews completed last month.

Pogba’s confession comes after his brother, Mathias, claimed ‘The Marabout’ who calls himself ‘Ibrahim the Great’ was paid to cast evil spells on Mbappé.

Five suspects including Mathias, have been charged with trying to blackmail Pogba out of more than £ 11 million.

They are now on remand and facing up to 20 years each in prison over a range of charges including “extortion in an organised gang”.

What made the strike in the Nations League game particularly significant, however, is that it came after a witch doctor allegedly used supernatural powers to destroy his talent.

The Marabout – an African mystic who claims vague links to Islam – is said to have been paid by Paul Pogba, the 29-year-old France and ex-Manchester United midfielder, to cast evil spells on Mbappé, 23, investigators have been told.

Jealously of a younger teammate was the motive, it is claimed by suspects charged with trying to blackmail Pogba out of more than £11million.

Five of them, including one of Pogba’s elder brothers, are now on remand and facing up to 20 years each in prison over a range of charges including ‘extortion in an organised gang’.

They claim to have recorded a video showing Pogba speaking to the Marabout, who calls himself ‘Ibrahim the Great’ and charges as much as €100 (£88) an hour for his services.

As the case intensifies, the Mail on Sunday has learnt that Pogba did indeed pay a sorcerer to help him with his injury-plagued career.

However, he vehemently denies that this had anything to do with Mbappé and said he ‘never intended to harm anyone’.

Pogba instead told investigators working for France’s Central Office for the Fight against Organised Crime (OCLCO) that he was ‘looking to be protected against injury’ and ‘also to help poor kids in Africa’ he was in connection with through an aid organisation.

Two judicial sources in Paris confirmed the revelations – and the transcript from interviews completed last month – as they worked on the explosive investigation.

Called ‘Operation Penalty’, it is not only creating hell for Pogba himself – he is under police protection while ruled out of playing because of injury – but threatening to scupper France’s defence of their World Cup in Qatar in November.

Further horrifying details from the investigation include Pogba describing how he was threatened by two hooded men brandishing assault rifles after being lured into a flat in Chanteloup-en-Brie, in the eastern suburbs of Paris on March 19.

He was in the city on international duty, four days after a burglary in Manchester which saw his wife, Zulay, and the couple’s two young boys threatened.

Pogba claims he had his mobile phone taken away and was told to pay the £11million in return for ‘protection fees’ going back 13 years – the length of his professional career – and also for a guarantee that the Marabout evidence, contained on a USB stick, would not be released.

‘I was scared,’ said Pogba. ‘The two guys pointed their guns at me. Given I was being held like that at gunpoint, I told them I’d pay.

‘They shouted: ‘Shut up, look down’. One of them spoke in Roushdane’s ear. When the two hooded guys left, Roushdane told me I had to pay otherwise we were all in danger.

‘Roushdane said what had happened was usual when you are a famous footballer, but that I had to pay because he had vouched for me.’

Pogba began trying to raise the money, before being released at 4am, while being told that he would be watched.

In turn, the childhood friends said they were being threatened by a mafia-style gang who were controlling the entire extortion operation.

Roushdane K. said he had been shot in a hand by the unidentified gangsters, while Mamadou M. said they burned his car out.

After making an initial payment of €100,000 (£88,000), Pogba realised the blackmailers were stalking him around the training ground of his current club, Juventus, and so filed a complaint to the Italian authorities on July 16.

Among those he identified was his brother Mathias Pogba, the 32-year-old ex-Wrexham striker, who has since been charged with extortion, after allegedly posting a series of video messages threatening Paul Pogba. Mathias Pogba denies all charges.

On Friday – the day after the Austria games – Mathia’s Twitter account was reactivated, and he wrote: ‘My brother has become a fan of witchcraft in recent years, becoming the follower of a sorcerer known as Marabout Ibrahim, called The Great.’

Repeating earlier accusations, Matthias reportedly wrote: ‘My brother, on several occasions, cast spells on his football teammates, including the prodigy Kylian Mbappé, whether out of jealousy or to win a game.’

In turn, counsel for Paul Pogba decry such claims as being utterly false.

Leaked transcripts have also revealed that the chief of security for the France squad knew Pogba was being threatened by ‘a convicted murderer’ four months before the opening of a criminal investigation.

‘He was going through a particularly difficult situation,’ the officer told investigators, adding that Pogba ‘was afraid of being considered a snitch’.

This appears to be the reason why the officer did not report the extortion attempts to his colleagues or make any other attempt to open a formal criminal enquiry.

It was not until August that the complaint was finally extended to the French authorities.

Asked further about the gang, the officer said Pogba told him: ‘They’re in Dubai. He explained that there is a contact on the front line in France and that these people had approached him directly and that they are also using his brother Mathias to make the liaison.

‘Among these people, there was an individual who was convicted of murder and forced imprisonment’.

Pogba first spoke to the France security chief in the same month as he was held in the Paris flat.

The security chief added: ‘What I learned next was that these people even went to his house in Manchester. He was afraid for his wife and children who lived there.

‘I advised him to put a security device in front of the places where his family live.

The scandal could not come at a worse time for the France squad, who hope to become the first team since Brazil in 1962 to defend their World Cup title.

While Mbappé has publicly described Pogba as ‘a friend’ and indicated he is not unduly concerned by what is being said, resentment is smouldering across the squad.

‘There is a feeling that there must be some fire to go with the smoke,’ said a senior French Football Federation (FFF) source.

‘Paul Pogba has some good friends in the squad who believe everything he tells them, but others are more wary.’

Didier Deschamps, the France manager, has expressed his support for Pogba but is also known to be deeply unsettled.

FFF president Noel Le Graet is meanwhile involved in a growing sex abuse scandal, in which he is accused of sending inappropriate texts to female FFF employees.

Amelie Oudea-Castera, France’s sports minister, has ordered an investigation, saying ‘all forms of discrimination and violence, including sexist and sexual violence’ have to be fought against.

Le Graet denies any wrongdoing and has offered ‘full transparency’ to the investigation.

Pressing problems for Deschamps also include a growing injury list, which – beyond Pogba – has robbed him of stars including Karim Benzema and N’Golo Kanté.

It all adds up to a bleak picture for Les Bleus – one that alleged witchcraft is making considerably worse.