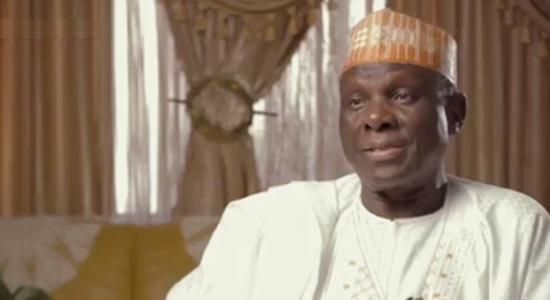 Jerry Gana, a former minister of information, has asked the Nigerian Supreme Council for Islamic Affairs (NSCIA) to retract its comment allegedly linking him with Mohammed Yusuf, the late founder of Boko Haram.

The NSCIA, in defence of Isa Pantami, minister of communications who had come under fire for once holding views in support of terror groups, had claimed that a former Christian minister, in 2008, bailed Yusuf thrice.

Although the NSCIA did not mention the minister’s name, Joe-Kyari Gadzama, a senior advocate of Nigeria (SAN) and counsel to Gana, in a letter to NSCIA dated April 29, 2021, said people knew the council was referring to his client.

He maintained that Gana does not have any relationship with the Boko Haram founder.

“We hereby restate, on behalf of our Client, that contrary to your referenced false statements, our Client never at any point in time bailed, stood as surety and/or facilitated the release of late Mr. Mohammed Yusuf in any way, manner, shape or form,” the letter reads.

“As you are aware, your Press Statement has since gone viral on all social media platforms and has become a sensational topic of discussion by millions of people in and out of the Country who have access to various media platforms.

“As can be seen from the reactions and ensuing conversations on social media, your false statements which referred to our Client were indeed understood by ordinary members of the public to mean that our Client is a terrorist, Boko Haram member, sponsor, enabler and supporter of the sect and its activities.

“Clearly, the highlighted statements contained in the said Press Statement have portrayed our Client in bad light and tarnished his hard earned reputation which he has built over the years.

“We hereby restate, at the risk of repetition, that our Client — Prof. Jerry Gana, CON — never at anytime hailed the late Yusuf. Our Client does not know the late Yusuf, he has never met him before, and he has no links and/or affiliation whatsoever to Boko Haram.”

The lawyer, on behalf of Gana, demanded immediate apology and retraction of the statement from the NSCIA.