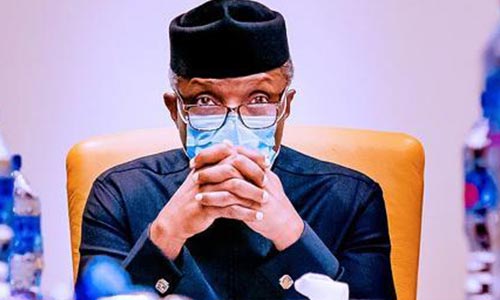 Three states in the North – Gombe, Sokoto and Jigawa – have taken the trophy, emerging tops on Nigeria’s subnational ease of doing business survey.

According to the report, the subnational survey methodology framework was developed by the PEBEC-NEC (National Economic Council) Technical Working Group.

The homegrown indicators on which the states were measured were in four thematic areas – Infrastructure and Security, Transparency and Access to Information, Regulatory Environment and Skills Workforce Readiness.

Each state was rated on a 10-point scale across indicators, which provided the basis for calculating the overall performance of the state, the group explained.

It added that the empirical field survey was constructed by KPMG Professional Services between November 2020 and January 2021.

According to the report, among the 36 states of the federation and the Federal Capital Territory, Abuja, Gombe came tops with a score of 7.69; Sokoto came second with a score of 6.88 while Jigawa came third with 6.79.

The Skills Workforce Readiness theme is standalone indicator that measured technical and professional skills of the states.

Lagos came 20th on the list, scoring an overall average of 5.28. In infrastructure and security, the nation’s commercial nerve centre scored 3.71; in transparency and accessibility to information, it scored 6.49; in regulatory environment, it scored 3.62 while in skills and labour, it scored 3.62.

The summary section of the report said improving the business regulatory environment across Nigeria would be key for the country’s economic growth.

It added, “Nigeria’s heavy dependence on oil poses structural challenges that have made it difficult to achieve sustained growth, create jobs and reduce poverty.

“Over the past four years, the business regulatory reform agenda has taken on an inclusive approach with the involvement of the federal and state governments in the design and implementation of reform initiatives.”

Continued, it added, “Nigeria has moved up 39 places in the World Bank Doing Business rankings since 2016 and has improved 11 places in the World Economic Forum Global Competitiveness rankings within the same period. “In the World Bank Doing Business 2020 report, Nigeria moved up 15 places to 131st position and was named one of the top 10 most improved countries for the second time in three years.

“These improvements are indicative of the infrastructural, policy-based reforms and frameworks being implemented at the national level.

“This has also served as the basis for much deeper business reforms at the subnational level, with improvements recorded in 32 Nigerian states – led by Kaduna, Enugu, Abia, Lagos, and Anambra states.

“To advance the progress made to date, the Presidential Enabling Business Environment Council commissioned a subnational Ease of Doing Business Baseline Survey to map business environment conditions across the 36 states of the Federation and the Federal Capital Territory to ascertain the impact of reforms on competitiveness and to develop an approach for regularly tracking challenges and improvements across the country.

“Four homegrown indicators were developed for this assessment namely: Infrastructure and Security, Transparency and Accessibility to Information, Regulatory Environment and Skills and Labour.”

Special Adviser to the President on Ease of Doing Business and Secretary, Enabling Business Environment Secretariat, Dr Jumoke Oduwole, said today, micro, small and medium sized enterprises (MSMEs) accounted for 47.8 per cent of Nigeria’s GDP, despite binding constraints on productivity due to a challenging business environment.

Oduwole said, “The identification and implementation of various policies and operational levers to unlock SME competitiveness and growth have remained a central economic development theme led at the highest level of the
Federal Government of Nigeria – primarily because of its ability to deliver transformative impact such as job creation, poverty reduction and gender inclusivity.

“Without a doubt, Nigeria’s subnational governments continue to play a critical role in business environment as state governments have exclusive responsibility for property registration, issuance of construction permits, areas where urgent reforms are required to fully unlock the Nigerian economy.”

He explained the historical context of the report thus, “In July 2017, the NEC unanimously adopted and approved the replication of the PEBEC reform model across state governments and the implementation of ease of doing business reforms across all the states of the federation and the Federal Capital Territory.

“The Enabling Business Environment Secretariat subsequently partnered with State Reform Champions and their colleagues to identify and implement reforms. As a result, Nigeria, for the first time, recorded significant improvement in the 2018 World Bank Subnational Report on Nigeria underpinned by 100 per cent participation of states in the Right of Reply data verification exercise.

“In furtherance of the ongoing reform agenda to improve the business environment in the country, this Ease of Doing Business Subnational Baseline Survey was undertaken as a status report on the current attractiveness of states business climates for small and medium sized enterprises.

“In May 2018, the NEC approved use of a subnational survey methodology framework based on four homegrown indicators developed by the PEBEC-NEC Technical Working Group comprising representation from six states embodying the six geopolitical zones, the NEC Secretariat, Nigerian Governor’s Forum, the Nigerian Bureau of Statistics, the Nigerian Investment Promotion Commission, the Nigerian Export Promotion Council, the Nigerian Economic Summit Group, and other private sector representatives.”