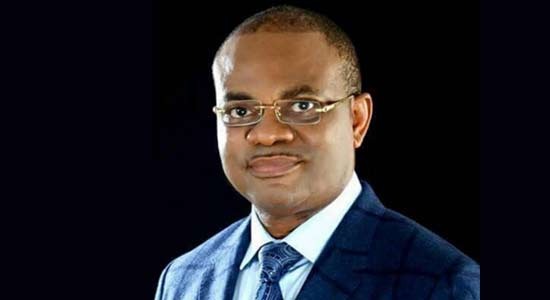 The past Secretary General of the Nigeria Bar Association (NBA), 2004-2006 administration, Hon. Nimi Walson-Jack has endorsed J-Z Gadzama SAN for the position of the NBA President.
Walson-Jack stated that during times of election for the NBA, there had been the difficulty of young lawyers accessing information to make choices of candidates, however, with the coming of ICT, information on candidate were now up for display as such it was imperative for lawyers who know the candidates to speak the truth about them. According to him, “this will enable lawyers make an informed decision and elect candidates who are competent – knowledgeable, skilled and hav the right attitude or disposition to service.”

Premised on this line of thought, Walson-Jack narrates his experience as the General Secretary of the NBA in 2004-2006, where in a bid to ensure the steady foundation of the NBA there was need for all hands on deck and he had worked with Gadzama who had been dedicated in service to the NBA. The statement read in part thus:

“From 2004-2006, I served as the General Secretary of the Nigerian Bar Association when the national Secretariat was in Lagos and in transition to Abuja. Those were the days we built to consolidate the Sections of the NBA, whose foundation had been laid by the senior colleagues like George Etomi. We needed all hands-on deck to stabilize the Sections and maintain the authority of the NBA.”

“As General Secretary, I found a willing and capable ally in Chief Joe-Kyari Gadzama, SAN. Fondly called J-K Gadzama, I found him a consummate and selfless Bar man, who unreservedly sacrificed his time, intellect, and resources for the benefit of the Bar and Bench. He paid his bills to make the trip to the Lagos Secretariat from either Maiduguri or Abuja to help solve problems and chart the way forward. J-K Gadzama is always willing to sacrifice personal interest for the interest of the Bar. No wonder in 2016 when it was obvious that so many irregularities characterised the NBA national elections, he opted to allow the Bar run smoothly.”

Remarking on the passion of Gadazama SAN during the time they worked together, Walson-Jack stated that the learned silk has from the early days shown his desire for the growth of young lawyers and he had created opportunities for these young lawyers to grow like dedicating one floor of his firm in Abuja for the development of young lawyers. His words were thus:

“In the period we worked closely, J-K Gadzama, SAN, was passionate about the plight of Young Lawyers, a terminology he always advocated over the prevalent Junior Lawyers nomenclature. J-K Gadzama, SAN, warmly monitors the progress of all NLS interns and NYSC members posted to his firm, as well as young lawyers across the nation, as his primary drive is promoting the prospects of the Bar through ensuring capacity building for young lawyers. I am not surprised that many years after, his passion for the welfare of Young Lawyers is expressed in the dedication of one floor in his J-K Gadzama Court Office Complex in, Abuja, for the development of young lawyers through various capacity building programmes.”

Commenting on the capacity and capabilities of the learned silk to lead the Nigeria Bar, the past Secretary General stated clearly: ” Today, J-K Gadzama, SAN has again heeded the call for service, and presented himself to run for the office of the President, Nigerian Bar Association (NBA). Over the years he has acquired the requisite experience, national and international, to lead the men and women of the noble profession in Nigeria. He certainly has the competence, maturity, and dispositions to lead the national Bar with the diversity across age, tribe, and beliefs.”

According to him, the challenges confronting the legal profession and the justice system in Nigeria can best be addressed and solved by an NBA led by Gadzama. “With J-K Gadzama, SAN we would experience radical advancements in the Bar, better welfare packages for young lawyers, and efficient discharge of the roles and duties of the NBA to societal building, upholding the Rule of Law and sustaining our democracy.” He said.

He went on to establish that he was comfortably endorsing and recommending J-K Gadzama, according to him: “a man who is simply himself, in and out of office or positions, as your best candidate for the Office of President of the Nigerian Bar Association. With JK, we can look forward to better advancements from the present scintillating height of our NBA.”