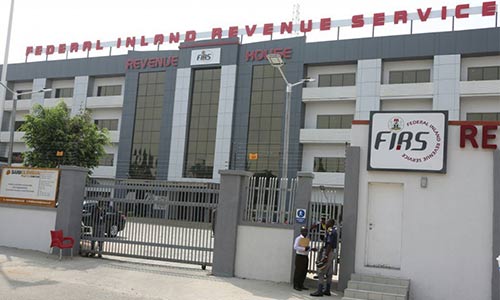 A Federal High Court in Abuja on Monday rejected the request to stop the trial of two officials of the Federal Inland Revenue Service (FIRS) charged with falsification of tax documents.

Justice Inyang Ekwo, in a ruling, held that the no-case submission made by the defendants – Mohammed Adami and Okoro Eunice Udokanmma has no merit.

At the conclusion of the prosecution’s case after calling six witnesses and tendering documents, the defendants made a no-case submission.

They argued that the prosecution failed to establish a prima facie case against them to warrant their being called upon to enter defence.

However Justice Ekwo, in the ruling held that the prosecution has discharged its burden of establishing a prima facie case to warrant the calling of the defendant to defend themselves against the offences charged.

“The essence of determining the establishment of prima facie case is that at the point it is raised, the case is well laid for a reasonable court or tribunal to convict the defendant on the allegation which has been found to be established.

“However, the court would not do so where it has the view that the defendant be given the opportunity to offer explanations or defence. This is the case here.

“The first and second defendants will be required to make explanations thereto to this court.

“I hereby order the first and second defendants to enter their defence with respect to the allegations in all the counts on the charge sheet. This is the order of this court,” Justice Ekwo held.

In one of the counts, the defendants are alleged to have, “sometime in September 2007 knowingly used a falsified Personal Income Tax Clearance’ Certificate with _ serial No.05027875 and File reference No. ABJ/PIT/07/CAITO/380, which Certificate was intended to cover Tax for the periods 2004, 2005 and 2006; purportedly Issued on 5/9/2007 in the name of Paul Osa Ogbebor of Paulosa Life Camp, Gwarimpa, Abuja; which they unlawfully presented to one Vincent Enoghase for a fee of N120,000.00 (one hundred and twenty thousand naira) only, with the intention that same be used as genuine and thereby committed an offence punishable under S. 43 (b) of the FIRS Act, 2007.”