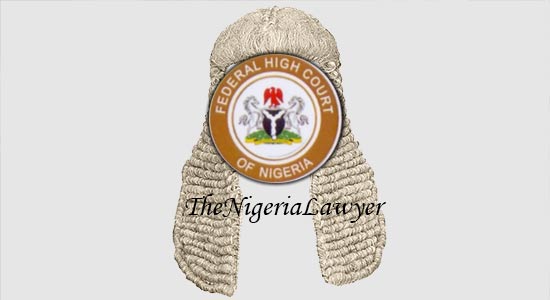 A petition written against Hon. Justice I.E Ekwo of the Federal High Court, Abuja over his abuse and disobedience to laid down rules and regulations guiding the conduct of judicial officers in the course of their duty is receiving attention by the Investigation Department of the Code of Conduct Bureau, Abuja.

Mr. Peter Omoruyi Igbinedion who in his petition titled: Monday Iyore Osagie & ORS.V PDP &ORS, Suit No. PHC/ABJ/CS/ 598/2022 addressed to the Chairman of the Code of Conduct Bureau, CCB, in Abuja stated that “he has suffered terrible pains in connection with Justice Ekwo’s breach of the Code of Conduct for public officers anchored on his unlawful acquisition of monetary benefits while performing his official duties”.

He noted that “as a member of the Peoples Democratic Party, PDP, his right has been affected by Justice Ekwo’s grant of frivolous exparte orders, which conflict with the provisions of the CCB and Tribunal Act, saying it is unheard of that different ex-parte orders will be given on the same issue just for justice to be allowed to suffer untold abuse for monetary benefits.

According to the petitioner: ” I Mr. Peter Omoruyi Igbinedion, a member of the Peoples Democratic Party (PDP) in Ward 12, Oredo Local Government Area of Edo State write this petition against Hon. Justice l.E Ekwo, of the Federal High Court, Abuja. That Hon. Justice l. E Ekwo had through his relationship with the Governor of Rivers State, His Excellency Barr, Nyesom Wike created crisis and division in Edo State chapter of the People’s Democratic Party (hereinafter referred to as “the PDP”) in preparation of the 2023 general elections via the grant of ex-parte orders in lieu of financial consideration.

” Governor Wike allies in Edo State led by one Chief Dan Orbih, the National Vice Chairman of the PDP South South, kept running to Hon. Justice Ekwo’s Court to truncate the activities of Edo PDP in preparation for the 2023 general elections by faulting and frustrating the legitimate activities of the party and legalizing the illegitimate activities of Governor Wike’s allies in Edo State through frivolous exparte orders. His Lordship conduct above in my opinion violates Rule 1.4 of the Code of Conduct which states;

“That the judge must be sensitive to the need to avoid contacts that may lead people to speculate that there is a special relationship between him and someone whom the judge maybe tempted to favour in some way in the course of his judicial duties”.

Igbinedion noted that the conduct of Hon. Justice Ekwo has presently placed the fate of Edo PDP in confusion, as the National Working Committee of his party is in possession of 2 separate results emanating from the just concluded PDP ward, Local Government Delegate Congresses and primaries in Edo State.

” One result from the Edo State PDP supervised by the National office of the PDP and another result from Chief Dan Orbih faction backed by Barr. Nyesom Wike and endorsed by Justice Ekwo.

” The National office of the PDP is presently in confusion thanks to the conducts of Hon. Justice Ekwo, which is characterized by the frivolous ex-parte orders he was granting in favour of Chief Dan Orbih’s faction against the PDP in respect of the conduct of PDP congresses and primaries, which is in violation of Rule 3.5 of the Code of Conduct, which States;

“A judicial officer must avoid the abuse of the power of issuing interim injunctions, ex-parte”.

“After the conduct of the Party Ward Congresses across various Wards in Edo State, Chief Dan Orbih and his team being dissatisfied with the outcome of the congresses, instead of approaching the appeal panel set up by the National Working Committee of PDP, rushed to Hon. Justice Ekwo’s Court to obtain a restraining order through ex-parte application against the PDP from recognizing and accepting its own results. Justice delivered violates the principles of judicial precedent and the provisions of the 1999 Nigerian Constitution, as amended and the Code of Conduct Bureau and Tribunal Act”, he said.

The following are the other allegations against him:

” That in the light of the foregoing, Hon. Justice Ekwo is believed to have received certain financial inducements, which was obtained through third parties but now forms part of his personal assets, contrary to the contents of his assets declaration form with the Bureau and therefore abused his Judicial office for financial gains.

” That contrary to the provisions of Paragraph II of Part 1 of the Fifth Schedule of the 1999 Nigeria Constitution, as amended, Hon. Justice Ekwo being a public officer failed, refused and/or neglected to properly declare both his real and personal assets within the last four years and failed to submit himself for asset verification”, he said.

“That there is urgent need for the verification of the items in the asset declaration form of Hon. Justice I.E Ekwo, presently in the custody of the Bureau.

” That Hon. Justice I.E Ekwo of Court No. 5 of the Federal High Court, Abuja be investigated for all the above allegations and if found wanting, be consequently prosecuted before the Code of Conduct Tribunal.

” Ekwo hastily ordered PDP to use and recognize the list/ result prepared by Chief Dan Orbih and his allies. Even though there was an earlier order from the Edo State High Court validating the result of the PDP Ward congresses across the State. Vide Victor Enoghama & ors .v. PDP & ors, Suit No. B/408/2022.

He reiterated that the subject matter and material facts contained in the earlier judgment of the Edo State High Court is on all fours with the suit before Hon. Justice Ekwo and it was the outcome of the judgment of the Benin High Court that paved way for the conduct of the various Party primaries in Edo State ranging from House of Assembly, House of Representatives and Senate.

” It was after the conduct of the said party primaries that Hon. Justice Ekwo delivered a contradictory judgment invalidating the Party primaries already conducted. He further validated the results of the parallel primaries of Chief Dan Orbih’s faction. Again, His Lordship sat as an appellate court against the Judgment of Edo State High Court, which is contrary to Rule 5 of the Code of Conduct for judicial officers, thereby exposing the dignity of the judiciary to public ridicule and tarnishing the public confidence and impartiality of the judiciary.

When contacted, a top official of the Code of Conduct Bureau who does not want his name mentioned confirmed that the petition has been referred by the Chairman of the Bureau to the investigation department for further action.