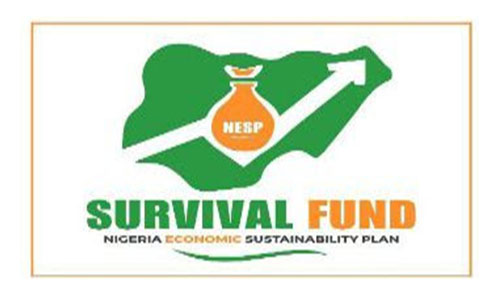 The Federal government of Nigeria as part of her Covid – 19 survival/relief schemes, came up with a program it tagged “MSMEs Payroll Support” sometime in the month of September 2020; with the view to sustain at least 500,000 jobs in 50,000 MSMEs in critically affected sectors of the Nigerian economy, which includes: Schools, Hospitals. Creative Industries, Road Transport, Tourism, etc.

In furtherance of the above agenda, the government set up a ‘Survival Fund’, and called on micro small and medium enterprises (MSMEs) that are registered with the Corporate Affairs Commission to access the survival fund portal (which was made available to the general public) and apply for the program in order to benefit from the disbursement of the N75 billion MSMEs survival fund.

The Payroll Support Program was designed to cover the payment of three months salaries of employers and a maximum of ten(10) employees of each qualified, applied and verified Firms’ by the federal government, and the money(salaries) is to be paid into their individual bank accounts.

Furthermore, it was arranged that each employer of a firm that applied for the scheme will be paid N50,000 per month for the three months duration, while all the employees whose details were submitted at the point of application will receive N30,000 each per month for the three months period. At the point of application, firms were required to provide a minimum of three employees details and a maximum number of ten employees details, in addition to the employer/business owner’s detail.

Pursuant to the above arrangements, the Federal government started the disbursement of the MSMEs survival fund payroll support money since October/November, 2020. This thoughtful and responsible gesture by the federal government brought joy and put smiles on the faces of both employers and their employees alike. The program has gone a long way in compensating the losses and curing the hardship they experienced during the year 2020 Covid -19 lockdown.

However, the atmosphere in some firms has been very hostile (there is a resultant disagreement between employers and employees) after receiving the first survival fund payment. The reason being that, the employers of these firms are demanding from their employees the money paid to them by the federal government under the survival fund scheme, and threatening to disengage them should they fail to comply. While some employees have released the monies to their firms/employers for fear of being sacked, others have refused to do so; in the firm believe that the money is theirs’.

It is to the knowledge of the writer that this disagreement between employers and employees over the ownership and usage of the money received by employees in their individual bank accounts from the survival fund payroll support program has taken various dimensions. Some employers and employees have taken to social media to accuse and counter accuse themselves for being greedy, fraudulent, wicked, etc.

The high points of this disagreement in my view, is the fact that some employers had at one time or the other engaged their employees in physical combat, while some had gone extra mile by terminating the employments of their employees for refusing to release the said money to the employers or their firms. Some employees in the other hand, had left their employments as a result of pressure from their employers upon their refusal to release the money received from Survival Fund in their individual bank accounts to their firms. All these in the view of the writer, negates the federal government purpose of establishing the survival fund/payroll support program.

In observance/settlement of the employers and employees disagreement, the writer opined and states as follows:

The writer, having considered the disagreement between employers and employees over the ownership and usage of Survival Fund payroll support money (salaries) paid into the employees individual bank accounts, deemed it fit to express his view with this article, and also call on the Federal government to issue a statement in this regard.

Davidleid I. Eluchie, Esq., is a lawyer and investment advisor.

He can be reached via -Email: daleid2020@gmail.com