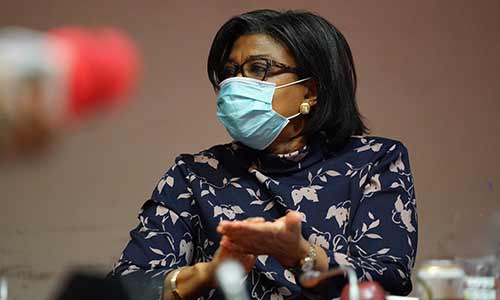 The Federal Government has so far raised N360bn Sukuk bonds for the rehabilitation of economic roads across the country including the Ibadan-Ilorin, Kano-Maiduguri, Enugu-Port Harcourt and other roads.

Documents and response to enquiries by the Federal Ministry of Works and Housing and the Debt Management Office on Friday showed that the N360bn has been raised by the government since 2017.

According to the DMO, Sukuk is an investment certificate that represents the ownership interest of the holder in an asset or pool of assets, and this certificate entitles the holder to receive income from the use of the assets.

In the document from the works ministry on the amount raised through Sukuk, the government said, “Three hundred and sixty billion naira plus worth of Sukuk bonds (has been) raised since 2017 for dozens of critical road projects across all six geopolitical zones.”

On why the Federal Government was issuing Sukuk bonds, the DMO explained that it was to fund the construction and rehabilitation of key economic infrastructure projects across the country such as roads.

It said the bonds were used to diversify the sources of government funding and offer ethical investors an opportunity to invest in government issued securities.

The DMO said Sukuk was offered to achieve a higher level of financial inclusion and to serve as a reference for pricing Sukuk issued by other bodies, especially private sector issuers.

It said some of the roads where the Sukuk funds were being deployed in the six geopolitical zones of Nigeria include the Ibadan-Ilorin Road (Oyo-Ogbomoso); Kolo-Otuoke-Bayelsa-Palm Road (Yenegwe Road Junction); and Enugu-Port Harcourt Expressway (Enugu Lokpanta).

Others include Kaduna Eastern By-Pass, Kano-Maiduguri Road (Potiskum-Damaturu), and Bridge works for the Loko-Oweto Bridge over River Benue, among others.

This came as the works ministry stated that the Presidential Infrastructure Development Fund was investing over $1bn in three flagship projects including the Lagos-Ibadan Expressway, Second Niger Bridge and Abuja-Kaduna-Zaria-Kano Expressway.

It stated that through the Executive Order-7, the government was mobilising private investment into the development of key roads and bridges such as the Bodo-Bonny road in Rivers and Apapa-Oshodi-Oworonshoki-Ojota road in Lagos

The works ministry said it was also mobilising over N1tn in investment with private investors through its Highway Development and Management Initiative for the development and maintenance of 12 roads, amounting to 1,963km in length.

In June, a total of 75 firms submitted bids to serve as concessionaires for 12 federal roads that were mapped out for concession by the Federal Government under the HDMI.

The Minister of Works and Housing, Babatunde Fashola, had received the Certificate of Compliance for the Outline Business Case for the HDMI in December 2020, followed by the official inauguration of the e-portal by the minister on March 29, 2021.