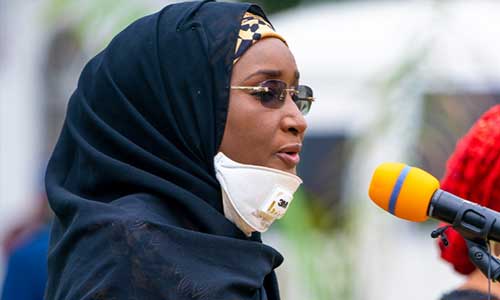 The Federal Ministry of Humanitarian Affairs, Disaster Management and Social Development on Saturday disclosed that it has concluded payment of April stipends to all the N-Power beneficiaries across the country.

She said: “last week I promised that the stipends would be paid this week. We encountered some delays on the GIFMIS platform but I can now announce that all N-Power beneficiaries from Batch A and B have been paid their April stipends.

“We are working hard to streamline the programme for greater efficiency and to provide opportunities for more Nigerian youths. Details will be provided as soon May stipend has been paid,” she assured.

According to the statement, the N-Power Programme was inaugurated by President Muhammadu Buhari in 2016 under the National Social Investment Programme (NSIP) with the mandate to lift citizens out of poverty through capacity building, investment, and direct support.

“This effort also contributes to the administration’s vision of lifting 100 million people out of poverty by creating opportunities to enhance the productivity of the Nigerian youth.

“The beneficiaries were supposed to spend 24 months on the programme but Batch A beneficiaries have spent over 40 months thereby denying other Nigerians an opportunity to access the programme and gain skills for entrepreneurship and employment,” the statement read.