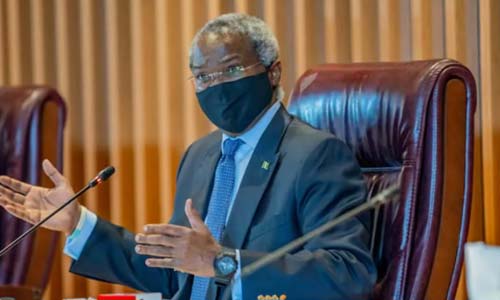 Fashola made the call at the 10th Meeting of the National Council on Lands, Housing and Urban Development in Ikeja, Lagos.

The theme of the meeting was ” Housing Development as a Catalyst for Job Creation, Social Inclusion and Economic Development,”

He said that it was difficult to remove inequality in any society or nation but the commitment of governments could reduce the ratio.

“We may not be able to make all people homeowners, but we can reduce the number of those who lack shelter or live on the edge every so often when rent is falling due.

“Why we may not get there immediately, this is an area of immense exclusion that we can remedy by legislative action at the state level.

“This is a matter in which the Federal Government has no legislative competence. It is a matter for the states, and I urge you not to turn your backs,” he said.

He said economic indicators showed that payment for a year or more in arrears affected affordability thereby increasing shelter gap, hence the need for legislation.

“All state legislators must see this as an important area of representation of their people to make life easier.

“So must governors and commissioners through executive bills,” Fashola said.

“We in government must consciously improve on the bureaucracy around granting of construction permits or planning approval by taking steps to reduce the number of people involved, introducing some level of automation, such as online submission of applications and reducing the cost of approval.

“We must see revenue in a broader sense, such as reduced income for planning approval, and increased income from consequential construction like income tax of employees on-site, and a broader land use charge from more houses built,” he said.

Fashola enumerated the benefits of planning to infrastructure development to boost economic viability of the sports, tourism and other critical sectors of the nation’s economy.

He also urged states to harness the opportunities in title documentation to boost their internally generated revenue while making more land more available to attract investments to their states.

He also called for introduction of technology in land matters and urged policymakers to take some lessons from the Lagos State Government performing excellently in land transaction matters.