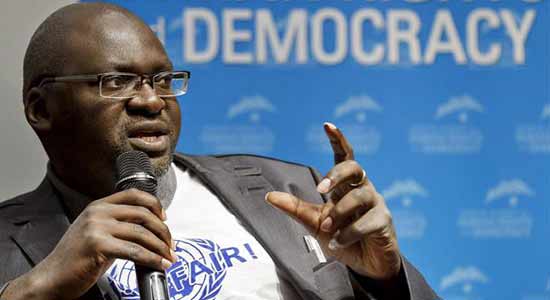 A senior lawyer and son of a former Justice of the Supreme Court, Mr. Emmanuel Ogebe, on Monday, took a swipe at the former Chief Justice of Nigeria, CJN, Justice Ibrahim Muhammad, describing his voluntary resignation on Monday as “end of an error”.

The American based legal practitioner, whose father, Justice James Ogenyi Ogebe, served as Justice of the apex court from 2008 to 2010, in a statement he made available to newsmen, accused the former CJN of doing only the bidding of President Muhammadu Buhari.

He urged the Acting CJN, Justice Kayode Ariwoola to immediately appoint an Independent Counsel to investigate the Supreme Court’s finances pursuant to his powers under the ICPC Act.

He said: “This week began with rare goodness from Nigeria that the ‘Chief Justice of Buhari’ Justice Tanko Muhammad had resigned.

“I use the cognomen CJB advisedly because he was Chief Justice for Buhari, of Buhari and for Buhari – and not Nigeria.

“From complicity in the contrived constitutional coup that ousted his better and brought him in, Tanko came to office with a palpable integrity-deficit.

“What was to follow was further proof of his competency deficiency. The judge who couldn’t define “technicality” in his senate confirmation hearing, apparently was technically unfit to be Chief Justice of Nigeria and ironically unable to pilot the affairs of the apex court.

“Such basic things as accommodation for justices appointed years ago languished – a basic human need that even thousands of youth corpers on national service are entitled to let alone Justices serving the nation at the most sensitive court in the land. To kill the intellectual output of the court, justices were ordered to leave their chambers by 4pm as diesel was too costly for generators.

“Yet this arm of govt had the least principals. NASS has 100 Senators but the Supreme Court only 15 Justices just 15% the size of the Senate yet the senate did not close at 4pm because of the same diesel factor affecting all.

“Tanko’s tenure also introduced judicial laziness of the worst order. For the first time in the history of Nigeria, a presidential election petition appeal against Buhari was dismissed on the spot without deliberations and time for a considered and debated ruling.

“Unlike his predecessor who still sat and wrote judgments, Tanko is reputed to sit only for the purposes of commandeering cases, dictating outcomes, dethroning dissent while abandoning the critical elements of writing reasoned judgments. His judicial output is nondescript compared to another Justice who reportedly wrote hundreds of judgments.”

Contending that never in the history of the country did all 14 justices wrote a petition against a CJN, Ogebe, further stated:

“In resigning, Tanko has made his greatest contribution to the judiciary. It would be the same if Buhari did likewise.

“After all the petition of the 14 Justices is almost similar to the cabinet members passing a resolution to constitutionally remove a president.

“Be that as it may, Tanko’s illegitimate imposition secured the second term for an illegitimately re-elected regime and Nigerians have suffered the consequences thereof.

“Besides that, he furthered the northernization and Fulanization agenda. Today about 10 of the courts 14 justices are Muslim and plans are afoot to replace recently retired Christian justices with more Muslims.

“This means that two panels of the Supreme Court comprising five justices can be constituted to hear cases without a single Christian. This ought not to be.

“The citadel of Justice should be fair and reflective of our diversity as a nation as enshrined in the constitution.

“I am thankful that the justices showed maturity and spoke with unanimity on the desecration of the temple of Justice without being divided along religious lines or sentiment. This is as it ought to be!”, the statement added.