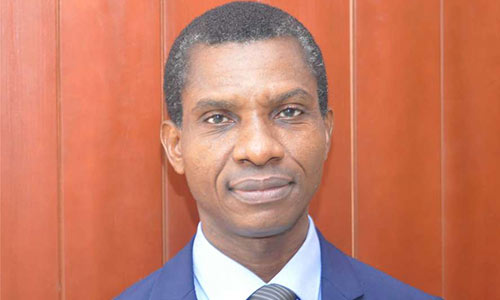 Announcing the appointment at the last meeting of the branch Human Rights Committee (HRC) on Wednesday, the HRC Chairman, Okey Ilofulunwa said the committee would drive implementation of sections 33 and 34 of the Administration of Criminals Justice Act 2015 (ACJA).

“The Committee will domicile its members in police detention centres among others to offer free legal services to detainees and help in stemming the filing of frivolous charges which congest our courts,” said Ilofulunwa, who is also the Vice-Chairman of the branch. “It will also accompany chief magistrates to oversight detention facilities in the Lagos area towards ensuring compliance with human rights standards.”

A former Publicity Secretary of the branch, Nwadioke was a member of the NBA Criminal Justice Reform Committee. More recently, he anchored a highly acclaimed relaunch of the Branch annual “Human Rights Summit,” attracting such civil rights heavyweights like Femi Falana SAN, Prof. Chidi Odinkalu, Ayo Obe and Monday Ubani among others.

Nwadioke is a consummate rights advocate who has been involved in many campaigns to promote access to justice and the pro bono culture. He has successfully defended some indigent detainees in criminal trials especially under the “Prison Reform Project.” Anchored by Prisoners’ Rehabilitation and Welfare Action (PRAWA), the project was a collaboration between PRAWA, the UK Foreign & Commonwealth Office, Federal Government of Nigeria, Nigerian Prisons Service and Legal Aid Council of Nigeria.

He is a member of several lawyers’ networks targeted at fostering access to justice, including campaigns on petty offences, freedom of information, death penalty, press freedom and humane treatment of indigent drug arrestees.

Aside from his role as Secretary-General & Head of Publicity of Legal Advocacy Response to Drugs Initiative (LARDI), a project implemented by the United Nations Office on Drugs and Crime (UNODC) and funded by the European Union (EU), he is also a member of “Capital Defence Lawyers Network,” a pro-life campaign supported by Avocats Sans Frontieres France/Lawyers Without Borders, Embassy of France, Embassy of Belgium and Embassy of Australia.

An award-winning journalist, Nwadioke is committed to offering free legal representation to journalists in distress through the “Coalition of Lawyers for Press Freedom,” an initiative of Premium Times Centre for Investigative Journalism (PTCIJ) in partnership with The Media Defence Legal Initiative (MDLI). The objective of the project is the pursuit of legal options for the entrenchment of press freedom rights as guaranteed by the Nigerian constitution.

As a member of the “Freedom of Information (FOI) Legal Response Network,” a Rapid Response Team (RRT) of lawyers established by Media Rights Agenda (MRA) and supported by Open Society Initiatives for West Africa (OSIWA), he is currently providing pro bono legal representation to some media organizations/journalists to enforce their access to information rights and challenge violations of their media rights.

Nwadioke has canvassed strong advocacy against the petty offences regime. In 2017, he presented a paper on Nigeria’s petty offences legal architecture at the “Regional Conference on the Decriminalisation of Petty Offences in Africa” in Sierra Leone.

He was a member of the legal team that represented the NBA in the highly contentious “SCUML Case” (Registered Trustees of the Nigerian Bar Association v Attorney-General of the Federation and Central Bank of Nigeria), a strategic litigation lawsuit by the bar association challenging Nigeria’s money laundering law. Both the trial and Appeal Court gave judgements in favour of the NBA. He also served as a member of the Local Organising Committee (LOC) for NBA’s flagship Annual General Conference (AGC) in 2017.

A former banker and Notary Public for Nigeria, Nwadioke was in 1999 appointed by Nigeria’s President as a member of the National Y2K Committee saddled with containing the millennium bug. His views are routinely sought on legal issues by the news media, while he has appeared as a guest analyst on several radio and television stations including CHANNELS TV, ARISE TV, TVC, PlusTvAfrica and WAZOBIA TV among others.

Lagos Branch hosts some of Nigeria’s most high-profile detention centres including those of the Federal Special Armed Robbery Squad (FSARS), Economic and Financial Crimes Commission (EFCC), Special Fraud Unit (SFU), Zone 2 of the Police Force among others.