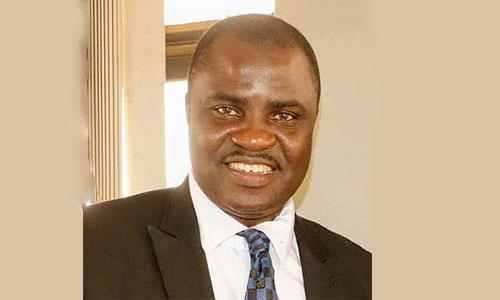 A Legal Practitioner, S.O.K Shillings, Esq., has shared his thoughts on the concluded NBA National Elections, ranging from the threat of the emergence of a new Association, the stance of Egbe Amofin and the election conducted by ECNBA itself amongst other issues.

This is contained in a statement issued which was made available to TheNigeriaLawyer.

“ON THE NEW BAR ASSOCIATION

“I have argued before and I am not convinced otherwise that membership of the NBA, for as long as it is an ‘association’, is constitutionally voluntary.

“However, the law practice profession is too delicate to allow roaming practitioners who could not be held responsible for their actions. It has to be regulated. It is therefore an honour that the regulating is entrusted in the hands of the practitioners unlike the Standard Board in UK. It is therefore a compulsory association. Whether there could be more than one of it is not even exactly a matter of choice but a matter of begging and persuading government to allow. It cannot be the kind of freedom for Tailors’ Association.” He said.

Meanwhile, while alluding to the stance of Egbe Amofin on floating a new Association, he said:

“A proposition has been made by Chief ‘Niyi Akintola SAN and some members of the Egbe Amofin, especially Deacon Dele Adesina SAN and Mr. Femi Falana SAN to float a new association and leave the mainstream NBA. This is a fallout of an allegedly flawed 2020 national election of the NBA wherein Deacon Dele Adesina SAN, the adopted candidate of Egbe Amofin Oodua, did not win.”

However, he noted that this proposition raises several issues which he tagged “MATTERS ARISING”.

“This proposed adventure raises so many issues.” He said.

“I maintain my position on the right to form an association subject to the statutory guidelines and acceptance.

“The action arose as a reaction to, in my humble view, the failure to win the 2020 election.” He said.

He stated that the emergence of a consensus candidate by the Egbe Amofin is questionable.

“Dr. Babatunde Ajibade SAN was not comfortable with the process and opted out before the exercise was completed to contest the election on his own steam.

“Many of the Egbe platform members abused and cursed Dr. Ajibade. He proceeded. He came second in the flawed election.” He said.

Furthermore, he stated the notwithstanding the process, Dr. Ajibade SAN still remains part of Egbe Amofin.

“Dr. Ajibade never denounced Egbe Amofin. He is still on the platform and there has not been a physical meeting since the election that he did not attend despite that he felt that the selection process was flawed.

“If any of those who cursed Dr. Ajibade SAN now decides to opt out of NBA because of a flawed election, what should heavens judge?” He said.

On the process leading to the adoption of a consensus candidate, he stated thus:

“The leadership of Egbe Amofin under Chief Akintola had a mandate to conduct screening for aspirants for various offices to be contested by members. The Committee only conducted screening for the presidency and stopped. It adopted for 2 other positions 9 days to election and did not bother about the 1st Vice President position which was zoned to the west, and assistant publicity.

“As Egbe ended up with 5 contestants for office of 1st VP against eventual winner, John Aikpokpo-Martins, should the disappointed candidates continue to be members of Egbe if the temperament of that leadership turns on a right to abdicate because election is flawed?”

Furthermore, he noted that none of the candidates left notwithstanding the flawed process.

“But none of those candidates has voiced an intention to leave in spite of the gross inadequacies of the flawed adoption processes.”

“The leadership of Egbe by Chief ‘Niyi Akintola SAN was meant to be an interim and short one. Revered Chief Wole Olanipekun SAN announced that there would be an interim leadership of branch chairmen to be headed by the revered Chief Akintola to conduct screening for adoption and deliver the proposed constitution of the association. Both terms of reference were not achieved. A post election leadership after chairmen, including the Secretary, Dr. Oluwole Akintayo (former Chairman, Ibadan) have exhausted their tenure, is not valid, I dare posit. The release made on behalf of Egbe Amofin is ultra vires and flawed.” He added.

In addition, he stated that another flawed situation is that Egbe Amofin cannot complain of injustice against the Yoruba extraction.

“Another flaw in that representation is that by present composition by which Yoruba people from Kwara and Kogi states are members of Egbe Amofin, an Olumide Akpata is obviously a member and the association loses the locus to complain of injustice to it as an association of Yoruba people.”

Furthermore, he stated that the meeting where the matter was discussed was attended by several uninvited persons.

“The meeting where the matter of the election was discussed was attended by only 100 people, including my humble self and some non-Yorubas as a member complained about how the link was sent to allow attendance by some Igbo persons. That does not represent a proper aggregation that could be put forward as representative of an association with a large membership. I state unequivocally, that the resolution is not a resolution of Egbe Amofin and should be discountenanced as such. That is without prejudice to the right of the individuals to gather themselves under a different auspices to push their position.”

Also, he stated that there are genuine complaints about the electoral process.

“The complaints on the election are genuine and should not be wished away. The Tawo Tawo SAN led committee did a shoddy job. Such responsibility is not for those who are apolitical. I do not remember when the ban on campaign was lifted. The rules were antithetical to political contest, like candidates should not visit branches in a national election and should rely on election materials to be posted on NBA website. Anyone who obeys such rules cannot win hence there were violations without the promised sanctions. Then the voters list and such a huge disenfranchisement. It is a bad template for any other election. Interestingly, all presidential candidates voiced reservations about the preparation.”

“I hold the view that the way and manner we handle election matters leave much to be desired. The courts we operate as stakeholders do not help our cause. I had written in my ‘MATTERS OF THE BAR 3’ that there should be a committee of the Registered Trustees to be constituted to sit over election petitions. So, it is the threat of cessession that has made that possible.” He added.

Meanwhile, he noted that those who want the NBA to split are well knowledgeable and that if election were to be easy, why has Egbe not conducted one.

“Those who are drumming seccession are major stakeholders who should know better (with every respect). They were active members in 1992. And they know the consequences and one would expect restraints.

“If there should be a call for a new Bar, it probably would have flown on other grounds and time than the failure of an election. If election is such an easy task, why has Egbe Amofin never conducted one? Or better put, when is the election of Egbe Amofin?”

Furthermore, he added that there is a need for a forensic examination of the elections.

“The Yorubas say that a house built with saliva will be demolished by the dew. The election is flawed no doubt. The variables, including the Awomolo (mis)intervention and the COVID-19 palliatives favoured the President-elect and he deserves to have his glory.

“In an election year, and coming from the platform of a regional group and sentiment; gathering 1000 names of those who are ready to follow is a sign of failure. The idea should be dropped.

“The Board of Trustees owe us the duty of a forensic audit of that election process. Money should spent to engage e-auditors to decipher allegations of manouvers. In my interview with City Lawyers, I had expressed reservations about e-election because it is garbage-in, garbage-out. A lot depends on the programmer and his employer. If the programmer designs that of every 6 votes of Mr. A, 1 vote should be removed and added to that of Mr. B. It will require Mr. A scoring 60.1% to win Mr. B who, conversely, requires, 40.1%.” He said.

Speaking on the 2018 election, he noted that it was equally flawed and the NBA can not afford to be witnessing a reoccurrence.

“The 2018 election was flawed and seems to have been found out to be deliberately so (manipulated) with the arraignment of 2 lawyers who were allegedly involved.

“2016 election became subject of litigation because the complainant alleged he won even in the home state of the declared winner.

“We cannot continue to suffer possible 40.1% victory and there is need for reassurance especially as the southsouth has produced 4 Presidents (as possible) in the last 5 elections both when it was zoned to the east and west. It is not supported by available demographic facts and multiple candidature may not adequately explain it off.” He said.

Meanwhile, he stated that a call for another election is not the solution.

“Whatever is done, worst case scenario is that Mr. Olumide Akpata won. Perhaps not by the margin. A rerun will not offer any respite. In fact, it could only be worse. The point has been made by the aggrieved albeit under a questionable platform. And the point must be made by the custodians, not by placating but by doing the needful.” He said.

Finally, he congratulated all the elected officials and urged to live up to their manifestos.

“I join in craving for ‘a new Bar’ as the election manifestos promise. Congratulations to the elected officers!” He concluded.