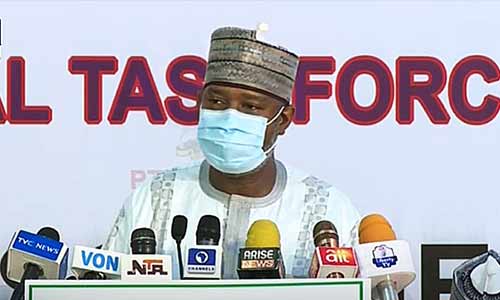 The Minister of Aviation, Senator Hadi Sirika, Sunday announced that 14 airports across the country had resumed full domestic flight operations.

Sirika, who made this announcement on his Twitter handle @hadisirika, said that ministerial approvals in and out of those airports were not required.

Noting that this includes private and charter operations, he said the public would be informed of the other airports in due course.

Sirika further hinted that inspection had been completed in these airports and resumption of operations approved.

Glad to announce that the following airports are open for full domestic operations, hence ministerial approvals in and out of them is not required. This includes private and charter operations. We will keep you informed on the reminder airports in due course, please. 🙏🏽🇳🇬🇳🇬🇳🇬🙏🏽 pic.twitter.com/ojFHkAOagt