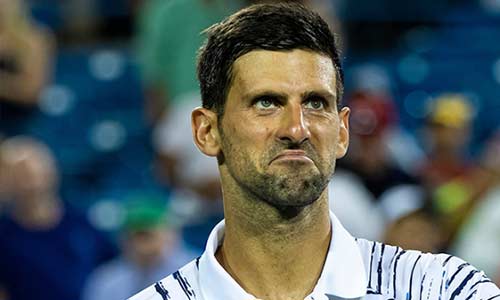 At an emergency hearing on Friday, government lawyer Stephen Lloyd told a judge that Australia would not detain Djokovic before an interview with immigration officials on Saturday morning and he would not be deported before his case is heard.

Earlier on Friday, the Australian government revoked the tennis player’s visa for a second time which left the Serbian facing deportation.

It said Djokovic, unvaccinated for COVID-19, may pose a risk to the community.

Immigration Minister Alex Hawke used discretionary powers after a court quashed an earlier revocation and released him from immigration detention on Monday.

“Today I exercised my power under section 133C(3) of the Migration Act to cancel the visa held by Mr Novak Djokovic on health and good order grounds, on the basis that it was in the public interest to do so,” Hawke said in a statement earlier on Friday.

The government “is firmly committed to protecting Australia’s borders, particularly in relation to the COVID-19 pandemic”.

Prime Minister Scott Morrison welcomed Djokovic’s pending deportation, saying Australia had achieved one of the lowest pandemic death rates, strongest economies and highest vaccination rates in the world because of its stringent policies against the virus.

“Australians have made many sacrifices during this pandemic and they rightly expect the result of those sacrifices to be protected,” Morrison said in a statement. “This is what the minister is doing in taking this action today.”

Djokovic’s exemption from a COVID-19 vaccination requirement to compete was approved by the Victoria state government and Tennis Australia, the tournament organiser. That apparently allowed him to receive a visa to travel.

But the Australian Border Force rejected the exemption and cancelled his visa upon arrival in Melbourne.

He spent four nights in hotel detention before a judge on Monday overturned that decision.

On Thursday, Djokovic was been included in the Australian Open official draw despite the uncertainty over his visa status.

Djokovic also admitted knowing he had tested positive for COVID-19 when he attended a newspaper interview and photoshoot at his tennis centre in Serbia last month, admitting he made an “error of judgement” and should have immediately gone into isolation.

The decision to award him a medical exemption to travel to Melbourne to defend his Australian Open title prompted an outcry on social media and criticism from other sports players, medical professionals and politicians.

However, following the announcement, former Australian Rules player Kevin Bartlett tweeted that Australians “have been taken for fools”.

Another former player, Corey McKernan, tweeted: “People with loved ones who are dying/some needing urgent treatment cannot get into their own states. You tell people they can’t go to Coles or a cafe without being vaxxed but if you’re world number one you get a pass?”

Many Australians, and particularly those in Melbourne which hosts the tournament, have been subjected to a series of lengthy lockdowns over the past two years.