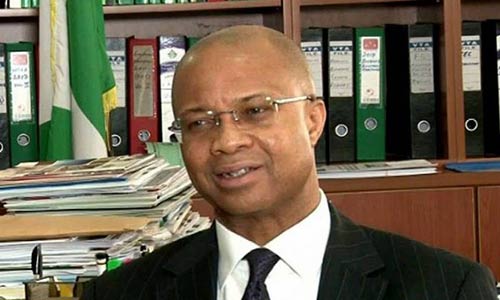 The Director General, Budget Office of the Federation, Ben Akabueze, yesterday stated that Joint Ventures (JVs) are bleeding the most as a result of rising crude oil theft and rampant destruction of oil production facilities across the country.

Speaking at the Lagos Chamber of Commerce and Industry (LCCI) economic and business outlook seminar 2022 tagged: “LCCI Mid-year economic review and outlook conference,” in Lagos, he pointed out that JVs have the highest stake in oil and gas contracts, maintaining that the implications for federal government’s revenue was vastly in a different way with the stake much lower on production sharing contracts.

He, however, blamed Nigeria’s inability to meet the Organisation of Petroleum Exporting Countries’ (OPEC’s) quota due to what he described as industrial scale crude oil theft and the rampant vandalism of crude oil facilities.

He said there are different business arrangements in the oil and gas sector which have different implications for government’s revenue, saying the JVs are the biggest hit as a result of crude oil theft and destruction of oil facilities since they provide the highest stake.

Also speaking, the Africa Tax and Legal Service Leader, PWC Nigeria, Taiwo Oloyede stated that bulk of tax evaders were in Ministries Departments and Agencies (MDAs), noting that the bulk of federal government’s revenues are with evaders.

He explained that Nigeria could increase its tax revenues without increasing taxes or introducing new ones while also calling for need to repeal existing taxes.

“The bulk of your existing revenue is tax evaders, and even some of them are facilitated by government. In fact, the highest tax evaders in Nigeria are in government from MDAs who collect Value Added Tax (VAT) and withholding tax that do not remit it and nothing will happen and you know in Nigeria you can do a lot of things and get away with it,” he said.

Commenting on fuel subsidy which remains a drain on the economy, Akabueze projected that Nigeria would spend more than the N4 trillion proposed, pointing out that the federal government has never been very honest about the cost of fuel subsidy.

“On one hand, we do not even know what we consume, which is a big embarrassment. I listened to the National Assembly saying NNPC is the sole importer of petrol and they said they imported about 63 million litres per day. How can the consumption be more than what we are importing,” he added.

In his contribution, the President, LCCI, Michael Olawale-Cole has predicted that the Central Bank of Nigeria’s (CBN) rate hike and rising energy cost, with diesel above N800/litre, Jet-A1 at N710 per litre, and petrol selling above the government-regulated price of N165 per litre, would continue to aggravate production costs which may lead to restrained manufacturing and eventual job losses.

According to him, in the third quarter, many factors would weigh on economic growth such as CBN’s rate hike as well as the rate hikes by other central banks around the world. He, however stated that the worsening security situation in many parts of the country would continue to threaten agricultural production, manufacturing value chains, and logistics.

“We expect to experience some fiscal constraints because of debt overhang accompanied by a high debt service burden and heavy subsidy costs. There are therefore heightened fears of contracting output, constrained production, and recession risks as we navigate the murky waters of 2022,” he warned.

He noted that the Chamber had earlier in the year projected a growth rate of 2.5 per cent for the economy, saying the projection was anchored on the assumption of a sustained high oil prices, transition to a market-reflective exchange rate system, targeted fiscal interventions, and gradual implementation of reforms in the oil sector.

“However, while these factors appear somewhat realistic, factors such as rising security tension, lingering liquidity constraints in the currency market, low vaccination rate, and lack of will to follow through with critical reforms are the major downside risks to the country’s near-term outlook,” he added.