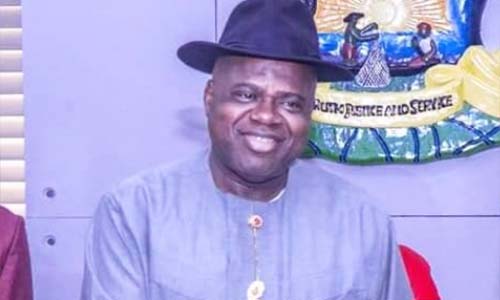 The Court of Appeal in Abuja has reversed the August 17, 2020 majority judgment of the Governorship Election Tribunal, which sacked Douye Diri of the Peoples Democratic Party (PDP) as Bayelsa Governor.

A five-man panel of the court, in three unanimous judgments on Friday, held the tribunal was wrong to have assumed jurisdiction over the petition filed on February 26, 2020 by the Advanced Nigeria Democratic Party (ANDP) and grant the reliefs sought by the petitioner.

The court held among others the cause of action was statute barred as at when the ANDP filed its petition, because its grouses of unlawful exclusion and unlawful disqualification are pre-election issues that ought to be raised within 14 days.

The Appellate Court proceeded to set aside the majority judgment of the tribunal and affirmed Diri’s return as the winner of the November 16, 2019 governorship election in Bayelsa State.

The court delivered six judgments in all on Friday. While it upheld three, it dismissed three.

The first three appeals, which were directed at the August 17, 2020 majority judgment of the election tribunal, were allowed by the court for being meritorious.

Justice Obande Festus Ogbuinya read the lead judgments in the three appeals filed by Diri, INEC and the PDP.

Justice Ogbuinya, in setting aside the majority judgment of the tribunal, resolved all the issues identified for determination, against the appellants.

In holding the case was statute barred, Justice Ogbuinya noted that, while the ANDP was aware of the disqualification and exclusion of its candidates as far back as September 27, 2019, it chase to file the petition on February 20, 2020.

He said the cause of action arose when INEC wrote the ANDP indicating its intention to exclude it from the actual election on the grounds it fielded a underage Deputy Governorship candidate, it out to have gone to court with 14 days, the issue being a pre-election one.

Justice Ogbuinya noted the ANDP, which claimed that INEC unlawfully disqualified its candidates and unlawfully excluded it from the election, failed to prove that it presented qualified candidates who met the required constitutional conditions to qualify them for the election.

He added: “The petition was filed in clear defiance of the limitation law in the institution of pre-election matters.

“The cause of action, which arose on September 27, 2019 had become stale or sour before the petition was ignited on 26th February 2020.

“The petition was initiated without due process of law which robbed the tribunal the requisite jurisdiction,” Justice Ogbuinya said.

He added the case, being a pre-election one, ought to have been filed before a High Court and not before an election tribunal.

The court also gave judgments in three other appeals filed against three judgments delivered by the election tribunal on August 15, 2020, in which it held against the petitioners.

The petitioners had querying the qualification of the Deputy Governorship candidate of the PDP, who the petitioners claimed forged his National Youth Service Corps (NYSC) exemption certificate.

The court was of the view that the appellants, who were petitioners at the tribunal, failed to prove their cases and concluded that the appeals were without merit.

The five-man panel that delivered the six unanimous judgments on Friday was led by Justice Adzira Gana Mshelia.