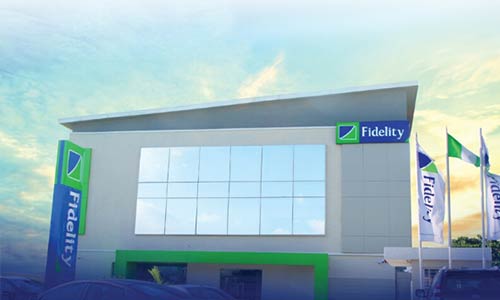 The Presiding Judge, Awka Judicial Division of the National Industrial Court, Hon. Justice John Targema has declared the continuous debit of Mr. Agafie Paul’s current account by his former employer -Fidelity Bank Plc without payment of his gratuity as wrongful, null, and contrary to the pension laws of Nigeria.

Justice Targema ordered Fidelity Bank to write off all accumulated debit interest posted in Mr. Paul’s account from the date of his termination of employment till the date of this judgment.

The Court held that Mr. Paul is entitled to his gratuity having been eased out of his employment by Fidelity Bank, and ordered the Bank to liquidate the service loan facility of ₦962, 000 from Mr. Paul’s gratuity fund of ₦1, 247, 656.00 and credit his account with the balance.

From facts, the claimant- Mr. Agafie Paul had submitted that he joined the service of Fidelity Bank in 2009 and was granted a loan on February 2015 with payment options spreading across 36 months and tied with his employment by Fidelity Bank Plc.

On February 2015 while on leave, he was informed by the Bank Plc that he was not meeting up the target set for him by the defendant as per his marketing department role; that either he resigns or he will be dismissed outrightly without benefit.

He averred that the Bank did not allow him to familiarize himself with the marketing environment or even given him enough time to actualize his budget before terminating his appointment in March 2015, he sought his gratuity and other entitlements.

In defense, the defendant- Fidelity Bank Plc submitted that Mr. Paul was not new to Marketing as shown by his CV; that the targets assigned to him during his roles in Marketing Unit is at par with his other colleagues on the same grade in similar job roles.

The Bank claimed non-indebtedness to Mr. Paul for any gratuity; rather it’s the claimant that is indebted to the Bank to the tune of ₦2, 143, 339.39 which arose from the loan facility granted and accruable interest, that the Bank never eased Mr. Paul out of employment, rather he voluntarily applied for his resignation.

The learned counsel to the Bank averred that Mr. Paul’s suit has not disclosed any reasonable cause of action against the Bank, that the claimant must accept the end of service statement if any severance packages and gratuity would be paid, urged the court to dismiss the claimant claim and grant her counter-claim.

In opposition, the claimant’s counsel, O.O. Ofiaeli Esq pleaded with the court to dismiss the defendant’s assertion and urged the court to evaluate the disputes and apply justice in a deserving circumstance of the case.

Delivering the judgment after careful evaluation of the submission of both parties, the presiding Judge, Justice John Targema held that Mr. Paul’s resignation from the service of the Fidelity Bank was involuntary as the evidence that he was asked by the named officer of the Bank to resign has not been controverted and Mr. Paul was forced to resign because his redeployment from operation background to marketing did not yield the result expected by the Bank.

Justice Targema held that the burden is on the Bank to prove by the terms and conditions of the service of the Bank that Mr. Paul must accept the end of service statement before he will be paid his severance packages and gratuity and where that is not shown by the Bank, the claimant should be given what is due to him.

“It is hereby ordered that the defendant, its agents, or privies are restrained from debiting the claimant’s account as a result of the said service loan as the claimant’s gratuity has been long liquidated.” The Court ruled.