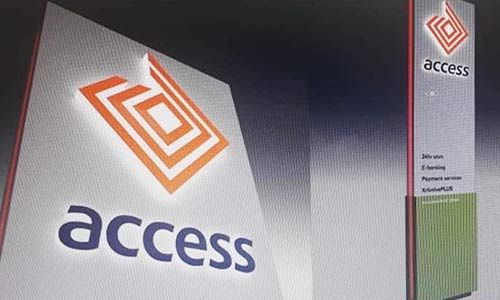 Access Bank, through its receiver-manager Mr Kunle Ogunba (SAN), on Monday said it took over the corporate office of Seplat Petroleum Development Company Limited over a debt based on a court order.

It said the action followed a ruling by Justice Rilwan Aikawa of the Federal High Court in Lagos which granted it leave to take over the corporate offices of Seplat and to freeze its accounts over loan obtained by Cardinal Drilling Services Limited.

The loan, according to the bank, was utilised by Seplat.

Access Bank said it had filed a notice of appeal at the Supreme Court to challenge the decision by the Lagos Division of Court of Appeal to upturn the suspension of the interim order made by Justice Aikawa.

The bank, through Ogunba, expressed dissatisfaction with the Appeal Court decision.

Ogunba said he also filed a motion for a stay of execution of the Appeal Court verdict on his client’s behalf.

Justice Aikawa, in the ruling delivered on December 24, 2020, restrained Seplat and the other defendants from tampering in any way with the company’s assets until the suit is determined.

The court further granted an order directing the Assistant Inspector-General of Police, the Commissioner of Police and other officers in Lagos “to assist the receiver-manager in his lawful duties”. The order was executed.

In opposition to the application, Seplat’s lawyers raised several issues, including whether the first defendant (Seplat) was privy to or is the actual beneficiary of the loan in contention.

The lawyers also raised issues as to the relationship between Seplat and Cardinal Drilling Services Limited (second defendant), the role of Dr Ambrose Orjiako and Kalu Nwosu (third and fourth defendants), as well as the
status of the loan itself – whether it was hinged on fixed assets or floating debenture or both.

In granting Access Bank’s application, Justice Aikawa held: “In my view, all these are issues which touch the substance of the case and should therefore be reserved for substantive trial.

“It is my opinion that an attempt to delve into any of them at this stage has the potential and danger of determining substantive issues at this interlocutory stage, a tendency which has been frowned upon by the appellate courts.”

The court also took into consideration the bank’s undertaking to pay damages for injury or losses occasioned to the defendants if it is later discovered that the application upon which the order is based is “frivolous” or “a sham”.

Justice Aikawa added: “There is no evidence of suppression of any material facts by the plaintiff in this application.”

There were reports that Seplat wrote a petition against Ogunba alleging that the SAN misled the court and did not provide “documentary information exhibited to the affidavit sustaining that Seplat used Cardinal Drilling as a ‘vehicle’, ‘smokescreen’, ‘decoy’, or ‘shell company’.

When this was put to Ogunba, he said he had not been officially notified of the purported petition and that the actions he took on his client’s behalf were based on the ruling.

“The petition, if any, has no leg to stand because all the issues they raised were brought before the court and the judge affirmed our position and granted the application. The judge held that no materials facts were suppressed.

“Seplat should rather liquidate its debt rather than attempting to intimidate me for doing my job, if indeed they wrote the purported petition as reported,” the SAN said.