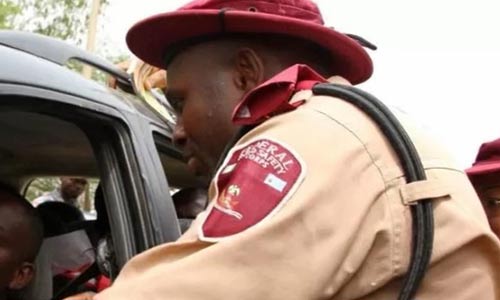 Akwa Ibom State High Court sitting in Uyo, the state capital, and presided over by Justice Festus Ntong, has cracked a protracted seven -year-old case involving a senior official of the Federal Road Safety Corps (FRSC), one Abochi John, a Superintendent Route Commander, alleged to have received a stolen Samsung Galaxy J7, valued at N75,000 from a suspect.

Besides, the court ordered FRSC to immediately recall its suspended Commander John, who was charged for receiving a stolen phone since 2016, within the next three months, before April 16, with all his salaries and other entitlements accruable to him during the period fully paid.

John was discharged and acquitted along with another alleged accomplice, one Anietie Okokon Udoh, a 37-year-old father of four from Ikot Ayang Itam in Itu local government area, of two-count charge of receiving stolen property following inability of the Police prosecutors to thoroughly investigate, establish the truth of the involvement of the suspect and prove it beyond every reasonable doubt.

However, in the three-hour judgement delivered by Justice Ntong, the court held that “the reinstatement of the suspended FRSC officer, shall take effect forthwith and the payments of his salaries carried out within three months, on or before 16th April, 2023.”

“It’s worrisome why the officer was suspended when the FRSC ought to know that an accused person is presumed innocent during the trial.

“The prosecution created serious doubts in the mind of the Court, beginning with the first prosecution witness, Mrs Utomobong Johnson, the Head of Administration, Legal, of El-Coolex Limited, the Company that was allegedly robbed, testifying on hearsay evidence, not admissible in law,” the court held.