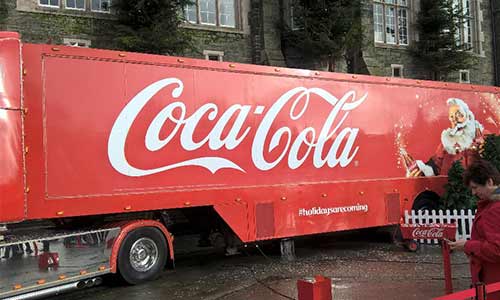 Coca-Cola Co. placed too much of its profit in its foreign operations instead of its higher-taxed domestic parent company, a U.S. Tax Court judge ruled Wednesday.

The court adopted most of the U.S. government’s main arguments, and the ruling marks a setback for the beverage giant’s international tax strategy.

The Internal Revenue Service had been seeking more than $3.3 billion for the tax years 2007 through 2009. The cost to Coca-Cola could be more if the government applies the same successful rationale to subsequent tax years.

Wednesday’s ruling doesn’t set a final amount that Coca-Cola will owe from 2007 to 2009. The company and the government must make further calculations to determine that.

The dispute stemmed from Coca-Cola’s subsidiaries in countries including Brazil, Ireland and Egypt. Those operations produce syrups and other ingredients for use in the company’s beverages.

Especially before the 2017 U.S. tax law cut the corporate tax rate, U.S. companies had an incentive to pack profits into low-tax countries and defer U.S. taxes on those profits rather than attribute earnings to the U.S. parent, which faced an immediate 35% rate.

Companies within a single corporate structure are supposed to allocate profits between parent and a foreign subsidiary based on what unrelated companies would do in an equivalent, arm’s length transaction. But there are plenty of gray areas, especially when companies profit from mobile, intangible assets like trademarks and patents.

The IRS regularly engages in protracted legal fights with corporations over how those rules should apply in each situation.

In his ruling, Judge Albert Lauber noted that Coca-Cola’s foreign subsidiaries had few trademarks or intellectual property and had little discretion over marketing, strategy and other decisions controlled by U.S. executives.

Yet, he noted, some of them had profits far higher than the company as a whole, thanks to their arrangements with the parent company. And he rejected the arguments advanced by the company’s experts as unpersuasive.

“Why are the supply points, engaged as they are in routine contract manufacturing, the most profitable food and beverage companies in the world?” he wrote. “And why does their profitability dwarf that of [Coca-Cola], which owns the intangibles upon which the Company’s profitability depends?”

Coca-Cola had previously warned investors that the case could have a material adverse impact and has vowed to fight the IRS. It can appeal Wednesday’s ruling.

“The company firmly believes that the IRS’ claims are without merit and is pursuing, and will continue to pursue, all available administrative and judicial remedies necessary to vigorously defend its position,” Coca-Cola said in a securities filing last month.

The company had argued that the IRS had blessed its profit split during an earlier dispute. But Judge Lauber rejected that argument, calling it “a formula to which the parties agreed in settling the dispute before them at that moment.”

The judge sided with Coca-Cola on one point about how its tax deficiency should be calculated.