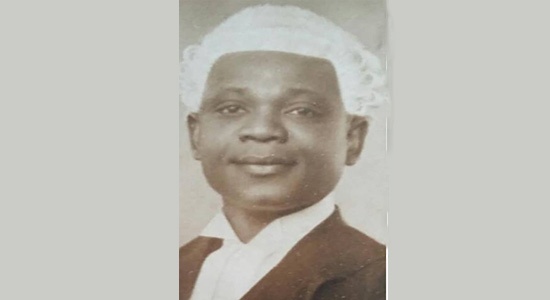 This is contained in a statement sighted TheNigeriaLawyer by his law firm, Cheakley Chambers.

“With gratitude to God for a life well spent, we announce the transition to glory of our founding Partner, Aliyi Ekineh, at the age of 99 years.

The Law firm further stated that the deceased was appointed as the Governor of Central Bank of Nigeria in 1970s. He stopped full-time practice since 1986 and moved to England and has been there till his demise

The statement reads in part, “He was married to the Late Mrs. Florence Ekineh (née Cheakley) who died in 2019 after more than 70 years of marital bliss. Aliyi was appointed as a Director of Central Bank of Nigeria in 1970 by General Gowon and he served with distinction as a Board member under the Chairmanship of Ogbeni Oja, Chief Adeola Odutola.

“He retired from full time legal practice in 1986 and relocated to England where he made occasional forays into Nigeria until 1993 when he stopped coming in protest against the annulment of the 1993 General election.

“A proud Kalabari man, Mr Aliyi Ekineh was instrumental in the creation of the old Rivers State. He is survived by Fynye and Sokari and Kariba”