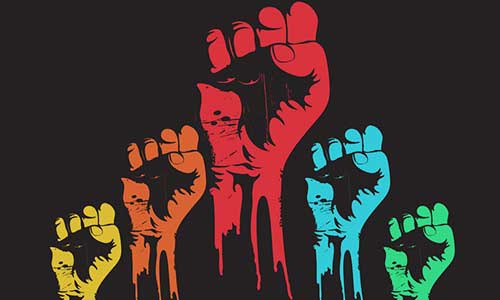 Image rights give a person the right to prevent the unauthorized use of their name, likeness or other personal indicia, such as physical or style characteristics, signatures, nicknames or slogans associated with them.

Image rights refer to a person’s right to commercialize aspects of his personality such as physical appearance, pictures or caricatures, signature, personal logos and slogans, and the right to prevent other people from commercially making use of them. There is no Nigerian authority or legislation that defines image rights or the extent of its protection. In the case of Proactive Sports Management Ltd. v. Wayne Rooney & Ors.[1] the UK court said:

Image rights means the right for any commercial or promotional purpose to use the Player’s name, nickname, slogan and signatures developed from time to time, image, likeness, voice, logos, get-ups, initials, team or squad number, reputation, video or film portrayal, biographical information, graphical representation, electronic, animated or computer-generated representation and/or any other representation and/or right of association and/or any other right or quasi-right anywhere in the world of the Player in relation to his name, reputation, image, promotional services, and/or his performances together with the right to apply for registration of such rights.”

When a known personality is used in commercial promotions it is personality merchandizing,

There are no specific laws governing image rights in Nigeria as at today. There are also no known judicial precedents on claims of this nature in Nigeria.

However, the rights to privacy as enshrined in the Constitution has always been called in aid when claims of the nature arise. Section 37 of the Constitution of the Federal Republic of Nigeria provides for the rights to privacy of citizens, their homes, correspondence, telephone conversations and telegraphic communications. It is however not clear how the courts will apply to right to privacy in enforcing the image right of a person. There is no judicial precedent in Nigeria on this point. There have been few instances where Nigerian celebrities have threatened brand owners and businesses with an action founded on breach of image rights. Richard Mofe Damijo (RMD), in 2016, threatened Jumia ecommerce site with a lawsuit for using his image on a fashion page as an advertorial in a way that suggests endorsement of the products by RMD. None of these claims and threats have actually culminated in a court action. The fact that hitherto it has been celebrities raising issues of breach of their image rights doesn’t mean that non-celebrities have no right over their images. A market woman had in 2019, during the run-up to the Nigerian General elections, threatened to sue a political party for using her image in a campaign advert.

It is a general principle of law in Nigeria that where the laws or case laws in Nigeria makes no provision on an aspect of law, recourse could be had to foreign decisions which will be of persuasive effect.

Image rights cases instituted in Britain have proceeded on the unlawful ‘appropriation’ of aspects of an individual’s personality. Where a claimant alleges that he has been falsely held out as endorsing goods or services of another person, there appears to be available relief under the torts of passing off; and under the tort of defamation[2] in some cases. Traditionally the tort of passing off protects intellectual property and applies to persons or business in competition. However, the tort has recently been extended to fill the void of image rights legislation in some common law jurisdictions like the United Kingdom. The courts have successfully found that where a celebrity is falsely held out as endorsing a brand or commercial service, the holding out comes within the tort of passing off.[3] In Robyn Rihanna Fenty & Ors. v. Arcadia Group Brands Limited (T/A TOPSHOP) & Anor[4]., the Court found in favour of the claimant in passing off, where the defendant used the image of the claimant in the commercialization of T-shirts.

There are several judicial decisions in United Kingdom and India that have held that tort of passing off applies to false endorsements and personality merchandizing.

The images of celebrities constitute a stream of income for the celebrities when licensed for endorsement deals, advertising and promotion of businesses because these images attract consumers to the goods and services for which the image is used in its commercialization. Hence there is a need to protect the rights to these images. Unauthorized use of a person’s image in a way that suggests endorsement and advertising may cause confusion and deceive consumers into believing that the popular person they know has endorsed those goods and services. Also, it is possible that an unauthorized use of a celebrity’s image on a particular brand may affect the celebrity’s contractual relationship with another brand. Therefore in the absence of any specific law and precedent in Nigeria, the courts are enjoined to tow the path of the UK and Indian courts in protecting and enforcing the rights of persons to their images.