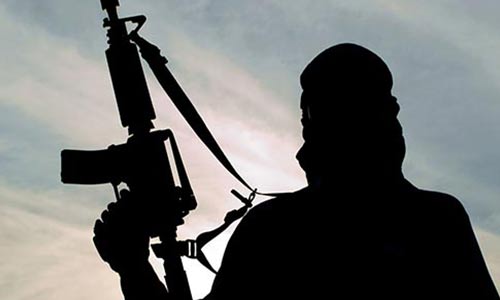 Kidnappers of the students and a staff of Greenfield University, Kasarami, Kaduna have released one of the 17 students remaining in their custody.

The bandits leader, Sani Idris Jalingo, had on Monday in an interview with Voice of America (VOA) Hausa confirmed that 17 students, including 15 females and a two males, were remaining their custody after killing five penultimate week.

Jalingo threatened the 17 students would be killed if N100 million and 10 Honda brand motorcycles, popularly known as Boko Haram, were not delivered to his gang as ransom by the end of Tuesday 4th May.

Though mother of the freed student, Mrs. Lauritta Attahiru said: “I can’t talk right now” when she was contacted by The Nation, she had earlier confirmed her son’s release to Channels Television.

Mrs. Attahiru, who refused to give details of how her son was released or whether ransom was paid, simply said her son had been released.

Although police and government authorities were yet to confirm the development, The Nation gathered from sources that a ransom of N20 million was paid for the student’s release.

Some of the parents also confirmed the student was released after his mother, who is the wife of a retired Army officer, negotiated and paid ransom to the bandits privately.

The parents further confirmed the bandits had earlier negotiated with them individually, asking each of them to pay as high as N20 million before they eventually demanded a bulk of N100 million and ten motorcycles on Monday, May 3.