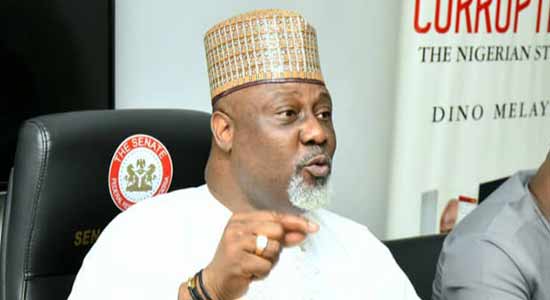 “At no time did Atiku Abubakar discuss such with Governor Wike.

“Atiku never promised or discuss 2027 with Governor Wike or anyone for that matter. Coming from Nations Newspaper you should understand.

Similarly, Senator Melaye in another statement issued said in an emphatic affirmation of readiness to lead, His Excellency Atiku Abubakar is set to activate his long-standing connections across Nigeria, as the Presidential campaign of the People’s Democratic Party ( PDP) takes off in earnest.

“Atiku, as the postal boy of the PDP will be adding value to the Party’s electoral chances through old and current political acquaintances and alliances built over 3 decades of political engagement.

“Ahead of the campaign activation, Atiku has put together his governance blueprint, which is not only documented for others but internalised in him. Little wonder that he rolls them out at every moment he needs to talk about them.

“Atiku might not have become President, but even his detractors can not take from him his organisational ability and preparedness anytime he makes a shot at the Presidency.

“It is perhaps because of this self-leadership that Atiku sometimes turns out as a prophet, because he runs diagnostic sessions on national issues, obtains solutions and makes appropriate prescriptions every time. To be sure, the solution he prescribed for refineries is what has turned out to be the answer in the end.

“A very focused leader, Atiku will be operating along with the Campaign Council, supported by competent and experienced political figures that he has appointed to play various roles in the campaign.

“These high profile figures are not only political assets, they are reputable Nigerians across diverse geographical, social, cultural and economic colourations.

“Atiku is a detribalised Nigerian. He operates with a great sense of inclusion and Integration. During his tenure as the Vice President of the Federal Republic of Nigeria, his office was populated by supporting personnel that constituted a mini-Nigeria, from the South and the North and from the East and the West.

He noted that those who see him as another ‘Northerner’ miss the point. While he has never denied his ancestry, he has always conducted himself as a Nigerian.

“He is at home with all ethnic groups, the high and the low, the rich and the poor, Christians and Muslims, the political and the apolitical old and young, as well as men and women.

“During the campaign, Atiku will be going round in his usual calm and patient nature, radiating a great deal of charm offence draped in political artistry. A man of great self-restraint, he sometimes appear inscrutable, making his opponents wonder what next political step he could take. Atiku is a consummate listener; a skill required for eliciting expectations and feedback during the usually intense and rigorous campaign movements.

“A man of the urbane and savvy constitution, Atiku will be connecting with various demographics during his movements. Right from the days of his Vice Presidency Atiku has always been media savvy. He is active in social media, and he occupies good prominence in traditional media. The exchanges in these media have prepared him for engagement with the youths, women and men, who as ordinary Nigerians are thirsty for succour from years of economic stagnation and deprivation.

“For those who are despondent, arising from the economic and social tension prevailing at the moment, Atiku offers hope for a business and socially inclined economic agenda, particularly for the Micro, Small and Medium Scale Entreprises. He will also be articulating business support Strategies for high-scale industrialists, being a tested and successful business mogul. He will address the issues of Agriculture, Agro-processing and food security. Again, this is a sector in which Atiku has made a remarkable impact. The major advantage Atiku has going into this election is his capacity to know what to do to turn the economy around, having been a good player in the formulation of economic policies that resulted in the economic prosperity of the Obasanjo era.

“On the political scale, Atiku will speak directly and unpretentiously to the issue of restructuring, devolution of power and resource management. Being a broad-minded leader and an advocate of federalism, Atiku will unfold his road map to unbundling government at the centre and promoting the interest of the federating units. One critical area that Atiku will speak about is security. Again, this is where States may assume increasing responsibilities away from the bureaucratic control of the National security architecture.

“As Atiku moves around Nigeria over the next three to four months, he will be going round as a man who is at home with the people, a man with the presence of mind to analyse and appreciate issues, a man to call forth latent political, social and economic structures, and a man to re-assure Nigerians that their best years are in the future.

“With contacts across the entire Nigeria landscape, if Atiku was a Banking Institution, he would be described as having branches all over the Federation. He’s a human institution. This has truly earned him the sobriquet; The Unifier. The campaign period is indeed a period of consolidation and harvesting of good political fortune, to pave way for electoral success for His Excellency Atiku Abubakar.

Arise O’ Compatriots, Nigeria call, let us all obey. Nigeria needs Atiku and is calling for him. Happy Independence to our country and may God deliver us from the shackles of ignorance, poverty of the mind and outrageous ineptitude. With Atiku and Okowa we shall overcome.