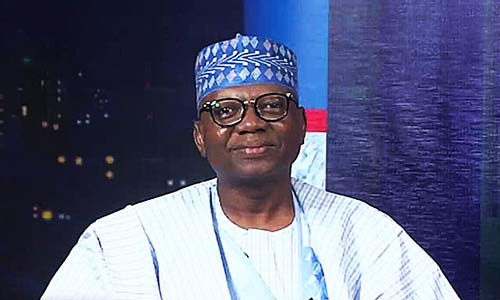 A coalition of Civil Society Organizations committed to the free press and freedom of speech in the social media space has urged the leadership of the ruling All Progressives Congress to be wary of backing Senator Sani Musa for the position of National Chairman of the party.

Senator Sani Musa, representing Niger East Senatorial District at the upper chamber, was the brain behind the controversial ‘Protection from Internet Falsehoods and Manipulation and Other Related Matters Bill, 2019’ popularly known as ‘Anti-Social Media bills.

The coalition, under the auspices of Coalition for Free Society (or Social Space), said in a statement signed by its convener Comrade Bala Nura that having the man who initiated a bill to muzzle free speech in the new media as a party chairman would be disastrous for APC.

“It would be a major own goal that will haunt the ruling party in the run-up to the 2023 election so the earlier APC members realise this, the better.

“We all know how the bill titled “The Protection from Internet Falsehoods and Manipulation and Other Related Matters Bill, 2019”, led to a public display of outrage from rights groups and a large section of Nigerians who felt that it was an attempt to gag the citizenry.

“Several months down the line, we are stunned that Senator Musa who sponsored that obnoxious bill is in the race to lead the ruling party as if we have all forgotten his misguided attempt to literally shut down social media.

“The day of reckoning has come so soon and we won’t let slip the opportunity to remind him of his missteps and ensure we rally even members of his party against him,” it said.

The CSOs added that it does not care that the race for the position is strictly a party affair.

“As much as we see the contest as an internal APC matter, we are constrained to serve the party members notice about the implication of having the man behind the anti-social media bill as Chairman.

“There is no way we won’t mobilize young Nigerians who form the majority of eligible voters in the country against APC in coming elections considering how we and other civil society groups mobilized easily and widely against the bill.

“So if the party leaders go ahead to back the Niger East senator for the position, we would be here waiting to show APC that just like the internet, we won’t forget the attempt to infringe on the freedom of internet users in the country.

“We also want members of the ruling party who are social media savvy to join us in the campaign to stop Senator Musa from being the chairman of their party for daring to infringe on the fundamental rights of every single user of the social media,” the statement added.

The Senate was forced to step down the bill after it passed the second reading because of the massive opposition against it.