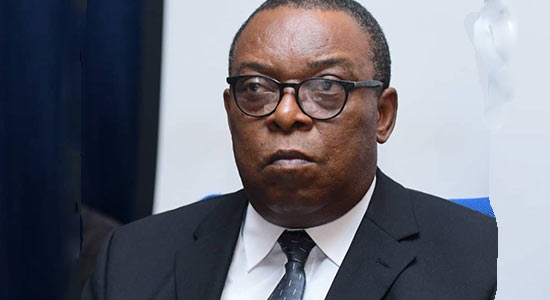 The tenure of Honourable Justice Eyo Effiom Ita as Acting Chief Judge of Cross River State has expired on January 18, 2021

This has marked over 417 days, equivalent of 13 months, without a Substantive Chief Judge in the state.

Recall that Governor Ben Ayade had in November, 2019 after much pressure swore in Justice, Akon Ikpeme as acting Chief Judge, who was the most senior Judge in the state, but three months after the expiration of the acting tenure, the State House of Assembly declined to confirm her on grounds that she is from Akwa Ibom State adding that she will constitute a security risk

Following her non-confirmation, the governor went ahead to swear in a junior judge, Justice Maurice Eneji, as acting Chief Judge. Twice the NJC declined to recommend him for a substantive appointment.

As the tussle and intrigues continued, Ayade for the third time on October 19, 2020 swore in Justice Eyo Effiom Ita as the state’s new acting Chief Judge.

Mba Ukweni, a Senior Advocate of Nigeria (SAN) told TNN, not TheNigeriaLawyer, that the Governor needed to transmit Justice Ikpeme’s name to the House of Assembly again to prevent lawyers from protesting as they did between October 19th and 20th 2020.

The next most Senior Judge for possible appointment as next Acting Chief Judge, according to the learned silk, is Justice S.M Anjor, and he said Mr. Ayade may just continue in that cycle which according to him, is “foolishness”.

“The junior lawyers may not be restrained from going to the streets any longer because it has become a cycle of shame, cycle of foolishness. You know this is a foolish act and you continue doing the same thing. If he can’t do that, the option open to him, is the cycle of foolishness I am talking about, is to appoint Honourable Justice S. M. Anjor as the fourth person in acting capacity who will stay for another 3 months.

“That is the major problem. The other one is the punishment the National Judicial Council has been meeting on us. This is the third time judges are been appointed across the states of the federation and we don’t have one because of the attitude of the governor. The implication is that our number will continue depleting in the judiciary and we are not having our share with regards to the judiciary.” Ukweni said

Furthermore, the learned silk said the major agenda of governor Ayade is to appoint his in-law as Chief Judge to do his biddings and to enable him to take charge of the judiciary just as he has done with other arms of government

He said, ”His major agenda is to appoint his in-law, Maurice Eneji who will do his biddings, as the chief judge. He wants to appoint a crony so as to take over that office as he has taken charge of other arms of the government. That is the domineering pattern he wants to take”.