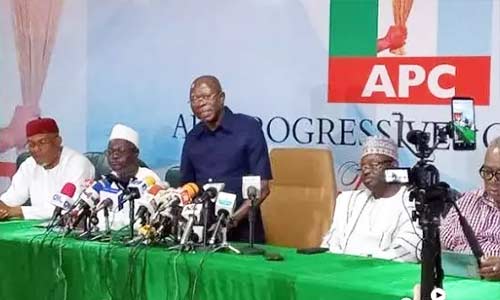 The ruling All Progressives Congress APC might have been hit by a constitutional crisis following the affirmation on Tuesday of the suspension of its National Chairman, Comrade Adams Oshiomhole by the Appeal Court.

The APC has two Deputy National Chairmen, one for the North and the other for the South.

While Sen. Lawal Shaibu holds sway for the North, Sen. Abiola Ajimobi is in charge of the South.

Perhaps, like always, the APC will once again sort itself as it did with the merger in 2013, seeing as nature abhors vacuum.